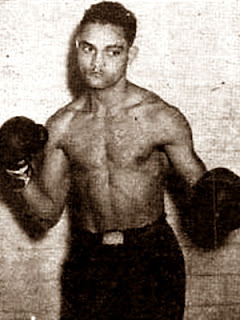 Jitterbug LaSane was born in Houston on September 30, 1924. At fifteen, he lied about his age and joined the Army in 1939 for a five-year period, serving nearly his entire enlistment during World War II. It was during this period he met Marcus Lockman, a pro/am boxer who went by the odd nickname "Kid Chicken". Lockman saw something in LaSane and guided him into boxing, with Lockman serving as his manager. Once LaSane finished his enlistment, he and Lockman began training in a small club in Asbury Park, New Jersey. His first professional match (as a featherweight) was on March 27, 1946, taking his opponent Darnell Carter to a six round draw. Two weeks later, he beat Carter by points, again in six rounds.

Jitterbug (he got his nickname for the way he bobbed and weaved), also briefly known as "The Houston Hurricane", was not a big puncher and depended on speed and defense for his success. The strategy worked, and by the age of 21 LaSane had a record of 26 fights, 24 wins, 1 loss and 1 draw. LaSane sustained his dominance well through 1950, and  by the end of the year his record was a very impressive 57 wins, 16 losses and 3 draws. For some reason, however, after that date he only managed a dismal record of 0 wins, 17 losses and 1 draw - no wins in eighteen bouts. He continued to struggle for the rest of his professional career, and at the time of his retirement in April 1954, his final record was 57 wins, 33 losses and 4 draws. 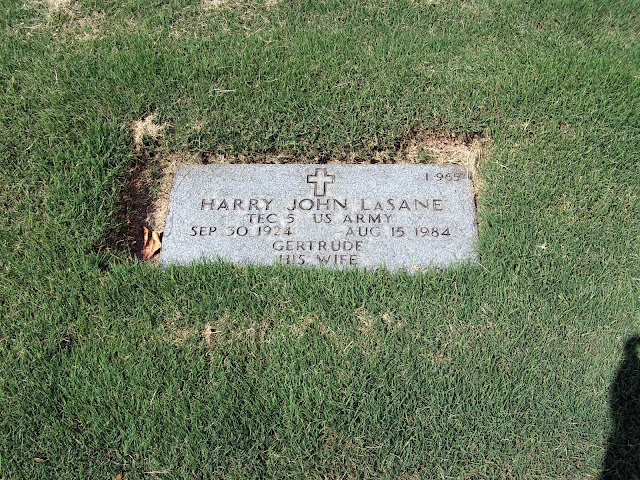 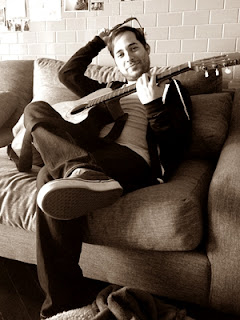 Harris Wittels was born in Oklahoma City on April 20, 1984, the son of Ellison and Maureen Wittels. He was raised in Houston in the Jewish faith and celebrated his bar mitzvah at Temple Emanu-El, across the street from Rice University. He attended the High School for the Performing and Visual Arts and began doing stand-up comedy at Houston's Laff Stop. Upon graduation Wittles enrolled at Emerson College in Boston and studied television and video production. He graduated in 2006, and shortly afterwards moved to Los Angeles. After some time perfecting his routine at local comedy clubs, he met Sarah Silverman and, at age 22, became a writer on The Sarah Silverman Program in 2007. He began to make connections, selling comedy bits to other shows, and writing scripts for the 2007 and 2008 MTV Movie Awards. In 2010, Wittels coined the phrase "humblebrag" on Twitter, defining it as "the act of boasting about one's life and then downplaying it". The popularity of the feed led to a book, Humblebrag: The Art of False Modesty, published in 2012.

When The Sarah Silverman Program ended in 2010, Wittels became a staff writer and executive story editor for Parks and Recreation during the show's second season. During the third and fourth seasons, he became co-director, then executive producer, as well as writing several episodes, while also appearing on the show as Harris, a dim-witted animal control employee. In 2012, he was cast as a co-star in Sarah Silverman's NBC pilot Susan 313 but the series was not picked up. Later in the year, he was hired as a consulting producer for the TV series Eastbound & Down and co-wrote two episodes. Wittels was a frequent guest on the Earwolf podcast Comedy Bang! Bang! and liked to read jokes and observations saved on his phone that were deemed to be not good enough for his act. When he wasn't working, he was the drummer for Don't Stop or We'll Die, providing backing vocals as needed. In August 2013, NBC picked up an untitled Wittels sitcom, about a slacker still living with his parents while dealing with his whiz kid younger brother, a multi-millionaire entrepreneur in high school.

On a November 19, 2014 interview on the You Made It Weird podcast, Wittels openly discussed his personal life and history of drug addiction, revealing that he had done drugs recreationally since he was twelve. His drug usage got out of hand because of a breakup with a woman he felt was perfect for him in every way, except that she and her family were Scientologists, which he described as a deal-breaker. He began to rely on oxycodone to deal with his stress over the relationship, his work on various television pilots, and writing the Humblebrag book. He had gone to rehab twice after becoming addicted to heroin, and had just gotten out a month earlier. On February 18, 2015, during his stand-up set at The Meltdown, he talked about living sober and said he was in "a good place". The next morning he was found dead in his Los Angeles home. The toxicology report later confirmed that he died of a heroin overdose. Source 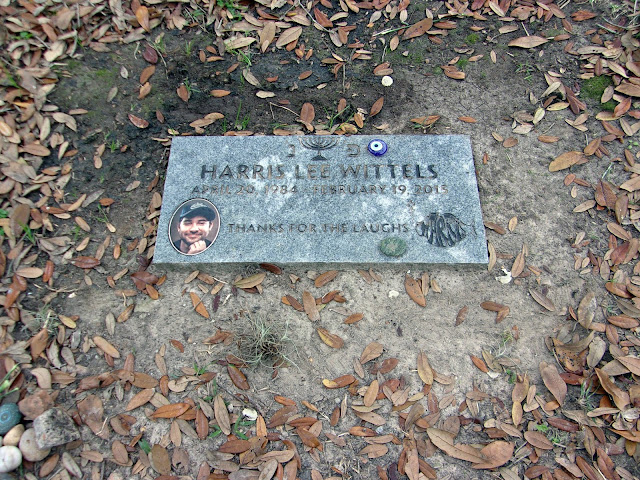 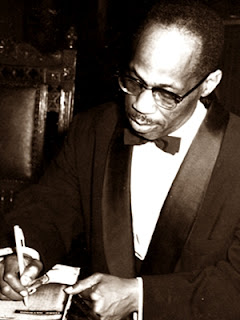 Cedric Haywood was born in Houston on December 31, 1914 to Joseph and Matilda (Harris) Haywood. His musical abilities revealed themselves at an early age, and his parents supplied him with piano lessons throughout his childhood. His professional career began in 1934, when he joined Chester Boone's band. The following year he moved on to Milt Larkin's band, an association that continued until 1940. During his tenure with Larkin, his fellow bandmates included future jazz legends Illinois Jacquet, Tom Archia, Eddie "Cleanhead" Vinson and Arnett Cobb. With the experience he gained working with these men, Haywood honed his craft and learned the value of showmanship and dedication. Around the turn of the decade he played with Floyd Ray, Lionel Hampton and Sidney Bechet before briefly returning to the Larkin combo in 1942. He moved to California in the mid-40s and played with a variety of local bands before joining the U.S. Army to fight in World War II. Starting in 1948, his main associate was ; they moved together with Saunders King through several different bands before hooking up with Jacquet again. During the 1950s, he worked with Jacquet, Cal Tjader, and Kid Ory, touring with Ory on a pair of long European tours. At this time he began to explore the possibilities of freelance composing and arranging as well. Early in the 1960s he became a regular partner with Brew Moore, then moved back to Houston in 1963. The last six years of his life were spent leading his own band at Club Ebony in his hometown, at one point even recording with the hard to follow bluesman Lightning Hopkins. Haywood passed away in Houston on September 9, 1969 and buried in the veteran's cemetery there. 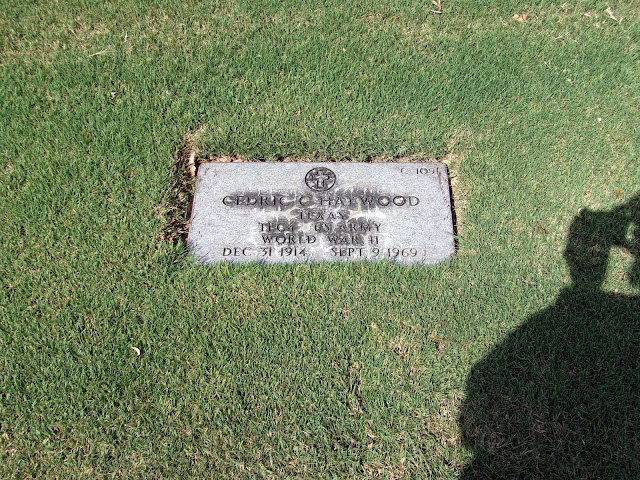