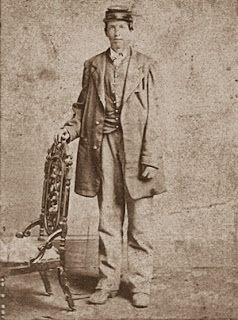 George W. Smith, Indian Campaigns Medal of Honor recipient, was born in 1848 at Greenfield, New York and enlisted with Company M, 6 US Cavalry, sometime in the early 1870s. On September 12, 1874, the third day of a siege in which a force of more than 100 Indians surrounded and attacked the Lyman Supply Train at the Upper Washita River in Texas, General Nelson Miles sent a detachment of three soldiers and two civilian scouts under Sergeant Zachariah Woodall to deliver a dispatch to Camp Supply. En route the six men were attacked along the Washita River by 125 Indians. Private Smith was one of four men immediately wounded. Throughout the day the four soldiers and two civilian scouts, after taking shelter in a ravine, continued a valiant resistance while defending their wounded. A band of twenty-five Indians succeeded in scattering the detachment's horses and the men fell back to a small knoll where throughout the day they were attacked from all directions. Without water, the men resisted and were down to 200 rounds of ammunition when night fell. Private Smith died of his wounds the following day, at which time the survivors were recovered by a relief force. His body was never recovered from the battlefield, so a marker in his memory was placed in San Antonio National Cemetery.


CITATION
While carrying dispatches was attacked by 125 hostile Indians, whom he and his comrades fought throughout the day. Pvt. Smith was mortally wounded during the engagement and died early the next day. 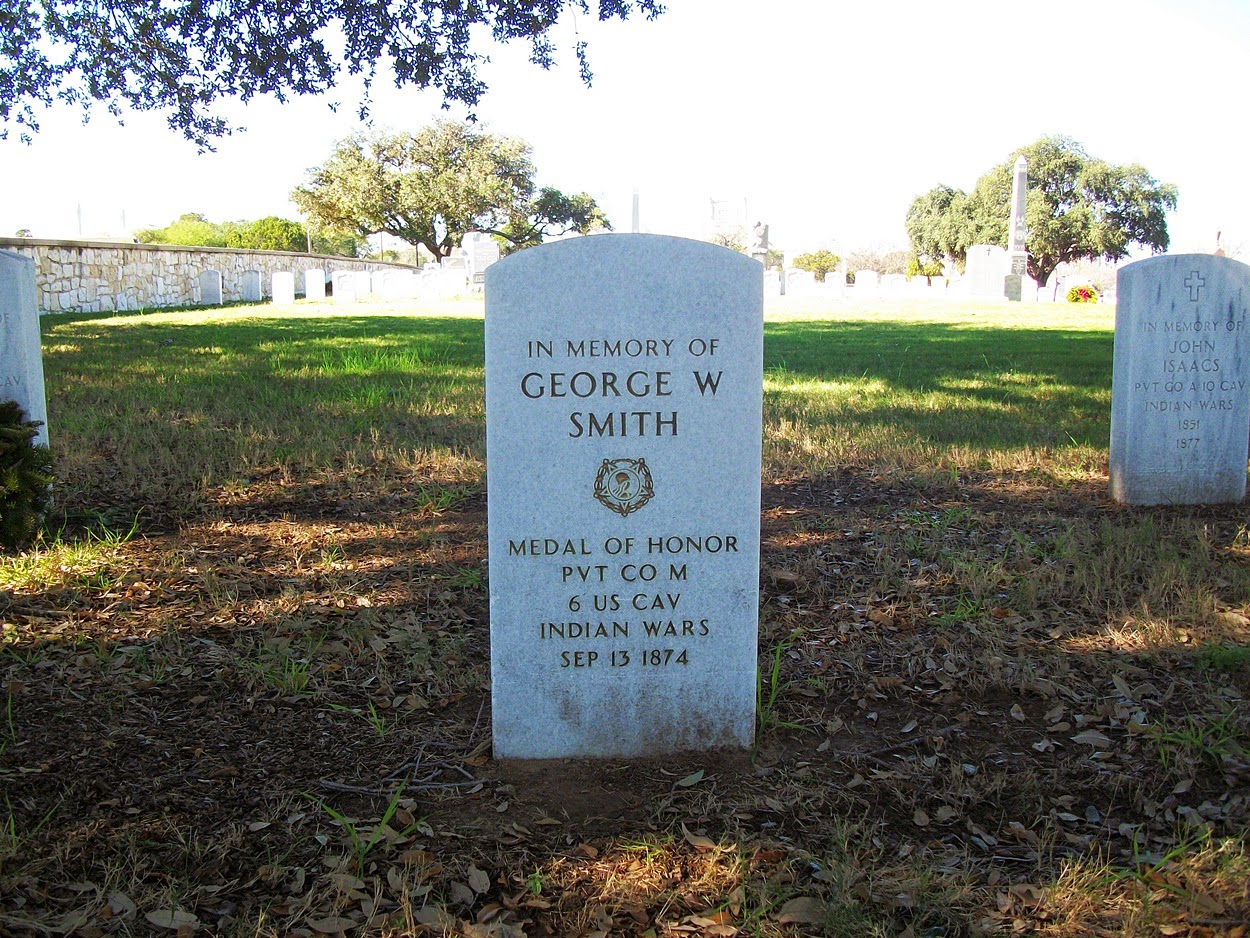 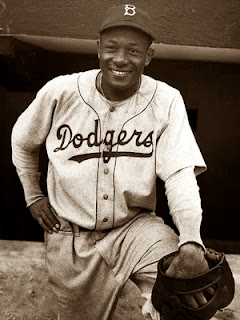 Dan Bankhead, the first black pitcher in major league baseball, played in Negro league baseball for the Birmingham Black Barons and the Memphis Red Sox from 1940 to 1947, then played for the Brooklyn Dodgers from 1947 to 1951. During World War II, he served in the Marine Corps from 1942 to 1945. After a strong career in Negro league baseball playing for the Birmingham Black Barons and Memphis Red Sox, he was signed at age 24 by Branch Rickey to play in the Brooklyn Dodgers' farm system. Bankhead, an excellent hitter who was leading the Negro League with a .385 batting average when purchased by the Dodgers, hit a home run in his first major league at bat on August 26, 1947, in Ebbets Field off Fritz Ostermueller of the Pittsburgh Pirates; he also gave up ten hits in 3 1/3 innings pitching in relief that day. He finished the season having pitched in four games for the Dodgers with an earned run average (ERA) of 7.20. He was shipped to the minor leagues for the 1948 and 1949 seasons. Pitching for clubs in Nashua, New Hampshire and St. Paul, Minnesota in 1948, he recorded 24 wins and six losses. He returned to the Dodgers for the 1950 season, appearing in 41 games, with twelve starts, and finished with nine wins, four losses and a 5.50 ERA. In 1951, his final year in the majors, he appeared in seven games, losing his only decision, with an ERA of 15.43. After he played his final major league game, Bankhead spent time in the Mexican League, playing with various teams through 1966. He died of cancer at a Veterans Administration hospital in Houston on May 2, 1976. 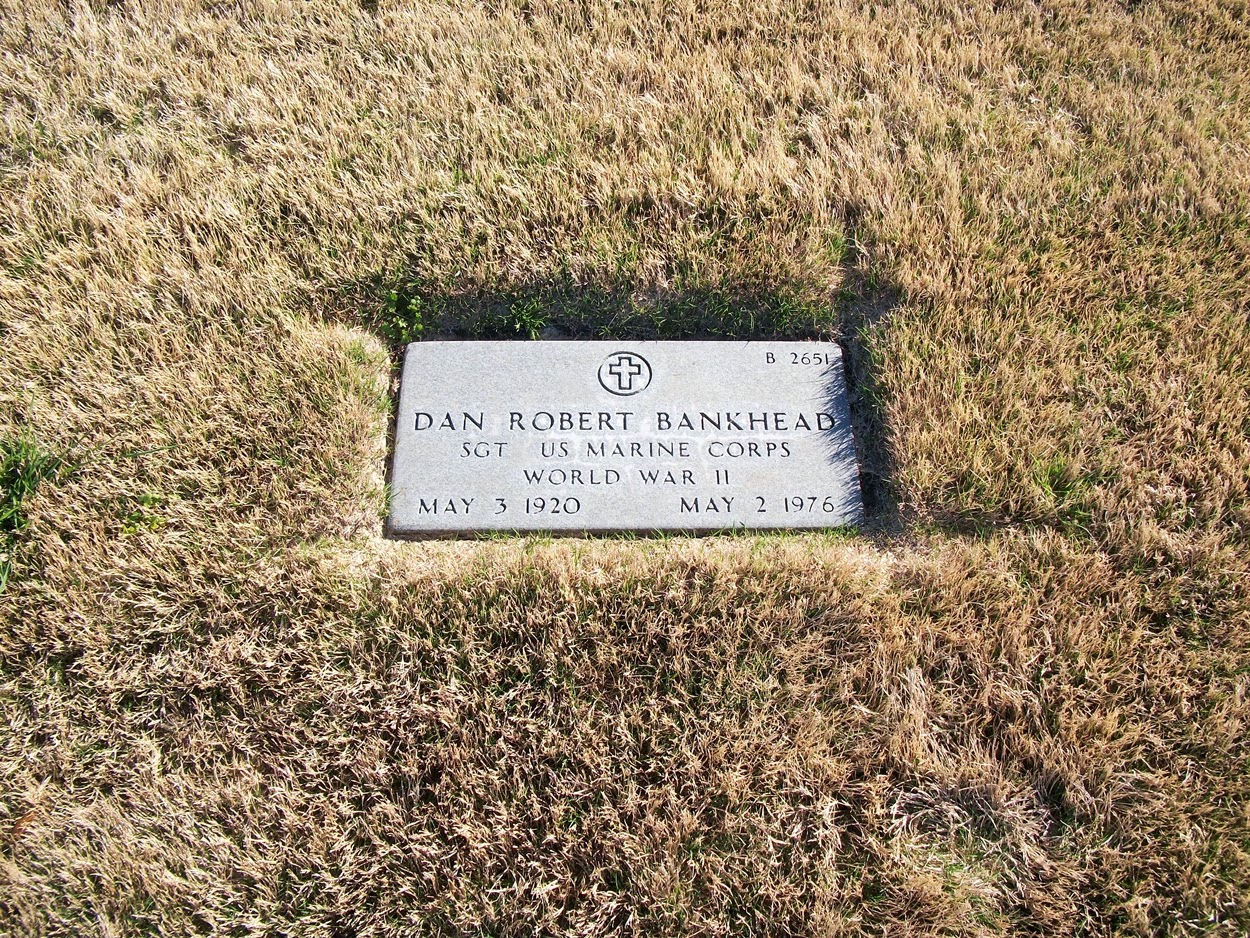 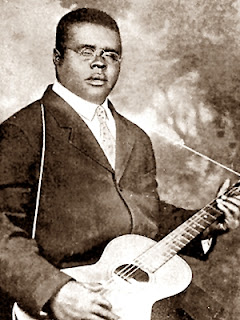 Lemon Jefferson, a seminal blues guitarist and songster, was born on a farm in Couchman, near Wortham, Freestone County, Texas, in the mid-1890s. Sources differ as to the exact birth date. Census records indicate that he was born on September 24, 1893, while apparently Jefferson himself wrote the date of October 26, 1894, on his World War I draft registration. He was the son of Alec and Clarissy Banks Jefferson. His parents were sharecroppers. There are numerous contradictory accounts of where Lemon lived, performed, and died, complicated further by the lack of photographic documentation; to date, only two photographs of him have been identified, and even these are misleading. The cause of his blindness isn't known, nor whether he had some sight. Little is known about Jefferson's early life. He must have heard songsters and bluesmen, like Henry "Ragtime Texas" Thomas and "Texas" Alexander. Both Thomas and Alexander traveled around East Texas and performed a variety of blues and dance tunes. Clearly, Jefferson was an heir to the blues songster tradition, though the specifics of his musical training are vague. Legends of his prowess as a bluesman abound among the musicians who heard him, and sightings of Jefferson in different places around the country are plentiful. By his teens, he began spending time in Dallas.

About 1912 he started performing in the Deep Ellum and Central Track areas of Dallas, where he met Huddie Ledbetter, better known as Lead Belly, one of the most legendary musical figures to travel and live in Texas. In interviews he gave in the 1940s, Lead Belly gave various dates for his initial meeting with Jefferson, sometimes placing it as early as 1904. But he mentioned 1912 most consistently, and that seems plausible. Jefferson would then have been eighteen or nineteen years old. The two became musical partners in Dallas and the outlying areas of East Texas. Lead Belly learned much about the blues from Blind Lemon, and he had plenty to contribute as a musician and a showman. Though Jefferson was known to perform almost daily at the corner of Elm Street and Central Avenue in Dallas, there is no evidence that he ever lived in the city. The 1920 census shows him living in Freestone County with an older half-brother, Nit C. Banks, and his family. Jefferson's occupation is listed as "musician" and his employer as "general public." Sometime after 1920, Jefferson met Roberta Ransom, who was ten years his senior. They married in 1927, the year that Ransom's son by a previous marriage, Theaul Howard, died. Howard's son, also named Theaul, remained in the area and retired in nearby Ferris, Texas.

In 1925 Jefferson was discovered by a Paramount recording scout and taken to Chicago to make records. Though he was not the first folk (or "country") blues singer-guitarist, or the first to make commercial recordings, Jefferson was the first to attain a national audience. His extremely successful recording career began in 1926 and continued until 1929. He recorded 110 sides (including all alternate takes), of which seven were not issued and six are not yet available in any format. In addition to blues, he recorded two spiritual songs, I Want to be Like Jesus in My Heart and All I Want is That Pure Religion, released under the pseudonym Deacon L. J. Bates. Overall, Jefferson's recordings display an extraordinary virtuosity. His compositions are rooted in tradition, but are innovative in his guitar solos, his two-octave vocal range, and the complexity of his lyrics, which are at once ironic, humorous, sad, and poignant. Jefferson's approach to creating his blues varied. Some of his songs use essentially the same melodic and guitar parts. Others contain virtually no repetition. Some are highly rhythmic and related to different dances, the names of which he called out at times between or in the middle of stanzas. He made extensive use of single-note runs, often apparently picked with his thumb, and he played in a variety of keys and tunings.

Jefferson is widely recognized as a profound influence upon the development of the Texas blues tradition and the growth of American popular music. His significance has been acknowledged by blues, jazz, and rock musicians, from Sam "Lightnin'" Hopkins, Mance Lipscomb, and T-Bone Walker to Bessie Smith, Bix Beiderbecke, Louis Armstrong, Carl Perkins, Jefferson Airplane, and the Beatles. In the 1970s, Jefferson was parodied as "Blind Mellow Jelly" by Redd Foxx in his popular Sanford and Son television series, and by the 1990s there was a popular alternative rock band called Blind Melon. A caricature of Blind Lemon appears on the inside of a Swedish blues magazine, called Jefferson. He appears in the same characteristic pose as his publicity photo, but instead of wearing a suit and tie, he is depicted in a Hawaiian-style shirt. In each issue, the editors put new words in the singer's mouth: "Can I change my shirt now? Is the world ready for me yet?" Alan Govenar and Akin Babatunde have composed a musical, Blind Lemon: Prince of Country Blues, staged at the Majestic Theatre, Dallas (1999), and the Addison WaterTower Theatre (2001), and have also developed a touring musical revue, entitled Blind Lemon Blues. Jefferson died in Chicago on December 22, 1929, and was buried in the Negro Cemetery in Wortham, Texas. His grave was unmarked until 1967, when a Texas Historical Marker was dedicated to him. Musicologist Alan Lomax and Mance Lipscomb were among those in attendance at the dedication ceremony. Jefferson was inducted in the Blues Foundation's Hall of Fame in 1980. In 1997 the town of Wortham began a blues festival named for the singer, and a new granite headstone was placed at his gravesite. The inscription included lyrics from one of the bluesman's songs: "Lord, it's one kind favor I'll ask of you. See that my grave is kept clean." In 2007 the name of the cemetery was changed to Blind Lemon Memorial Cemetery. Among Jefferson's most well-known songs are Matchbox Blues, See That My Grave Is Kept Clean, That Black Snake Moan, Mosquito Moan, One Dime Blues, Tin Cup Blues, Hangman's Blues, 'Lectric Chair Blues, and Black Horse Blues. All of Blind Lemon Jefferson's recordings have been reissued by Document Records. Source 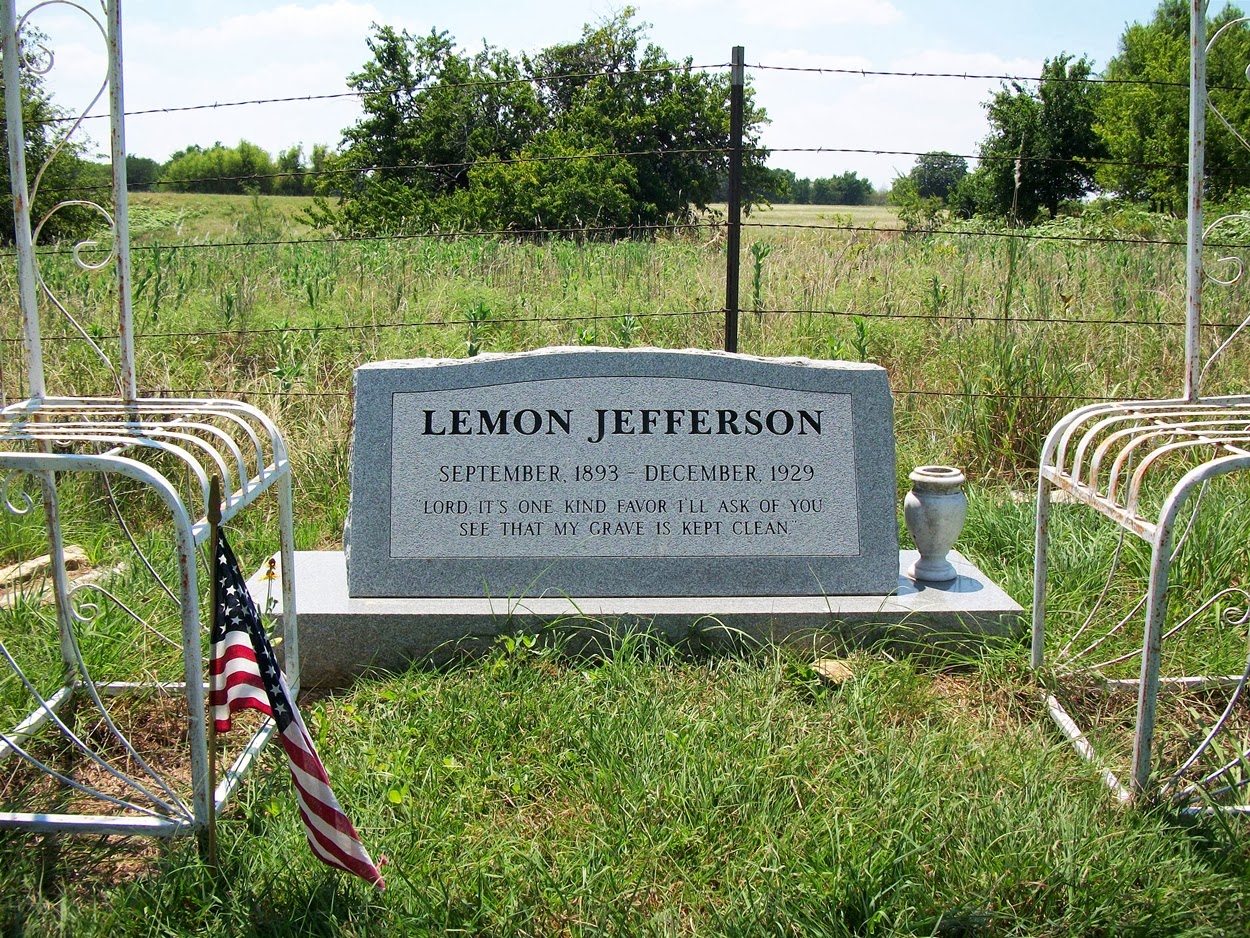 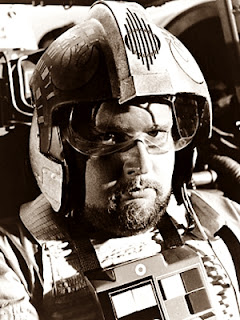 "Hoot" Hootkins was born in Dallas, Texas, July 5, 1948. At the age of 15, Hootkins found himself caught up in the FBI's investigation into the assassination of President John F. Kennedy when he was interviewed about Mrs. Ruth Paine, the woman "harboring" Marina Oswald, the Russian wife of the presumed assassin Lee Harvey Oswald. He had been studying Russian with Paine at his school, St. Mark's in Dallas, where he also developed his taste for theatre, joining the same drama group as Tommy Lee Jones. He attended Princeton University, studying astrophysics before transferring to oriental studies, where he became fluent in Mandarin Chinese. He was a mainstay of the Theatre Intime, making a particular impact with his performance in Orson Welles' Moby Dick-Rehearsed. On the recommendation of his friend John Lithgow, he moved to London in the early 1970s and trained as an actor at the London Academy of Music and Dramatic Art. In England, Hootkins found work in the theatre as well as in film, and he would have his greatest success on stage portraying Alfred Hitchcock in Terry Johnson's 2003 hit play Hitchcock Blonde, first at the Royal Court Theatre and in London's West End. The role was such a success that producers planned to take the show to Broadway, but it was canceled after he was diagnosed with cancer. He made his home in London until 2002, when he moved to Los Angeles. Hootkins appeared in many roles that made him a welcome figure at fan conventions, particularly for Star Wars in his role of Jek Tono Porkins. He portrayed Fatty Arbuckle in Ken Russell's infamous 1977 flop, Valentino, and played Hans Zarkov's assistant in the 1980 cult film Flash Gordon. He also made appearances in such iconic films as Raiders of the Lost Ark and Batman. At the time of his death, Hootkins was planning a screenplay on Fatty Arbuckle, focusing on the comic's life after his fall from grace in 1921; he had met Arbuckle's last wife, Addie McPhail. He died of pancreatic cancer in Santa Monica, California on October 23, 2005. 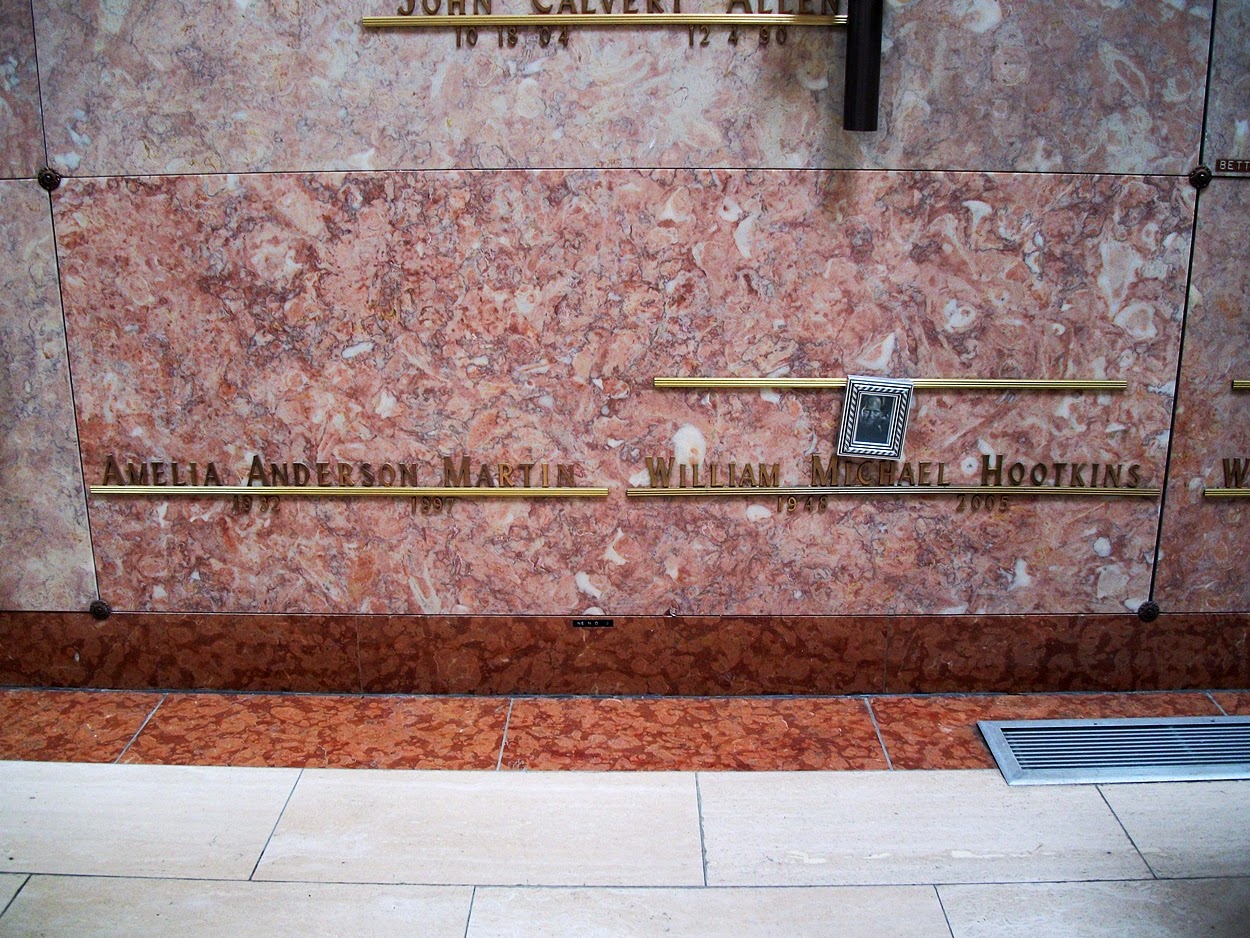