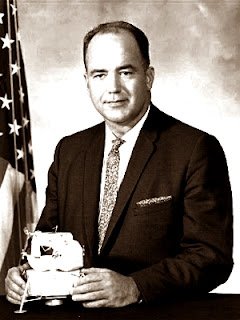 Paul Haney was born in Akron, Ohio in 1928. He put himself through Kent State University by working nights for the Associated Press, earning a Bachelor of Arts degree in Journalism in 1945. After working for newspapers in Erie, Pennsylvania and Memphis, Tennessee, he joined the staff at the Washington, D.C. Evening Star newspaper in 1954. Three months after the National Aeronautics and Space Administration (NASA) was formed in 1958, Haney joined the organization as an information officer, and from 1960 to 1962, served as NASA's first News Director. In that position, he managed the Cape Canaveral and Project Mercury information programs. His work in the Mercury program set the standard for all subsequent NASA information efforts. From 1962 to 1963, Paul Haney was the Public Affairs Officer for the Office of Manned Space Flight. In September 1963, he moved to Houston, Texas, and as Public Affairs Officer for the Manned Spaceflight Center (now the Johnson Space Center), directed the information flowing out of the Gemini and Apollo manned spaceflight programs. In this position he became well known as the "Voice of NASA's Mission Control," and the "Voice of Apollo." He also established the first NASA open-door museum at the Johnson Space Center (formally known as the Manned Spacecraft Center) in Houston. Paul Haney served with distinction throughout the Gemini program and the early phases of the Apollo program. He retired from NASA on April 25, 1969, after the successful Apollo 9 mission. Paul Haney passed away on May 28, 2009, in Alamogordo, New Mexico. 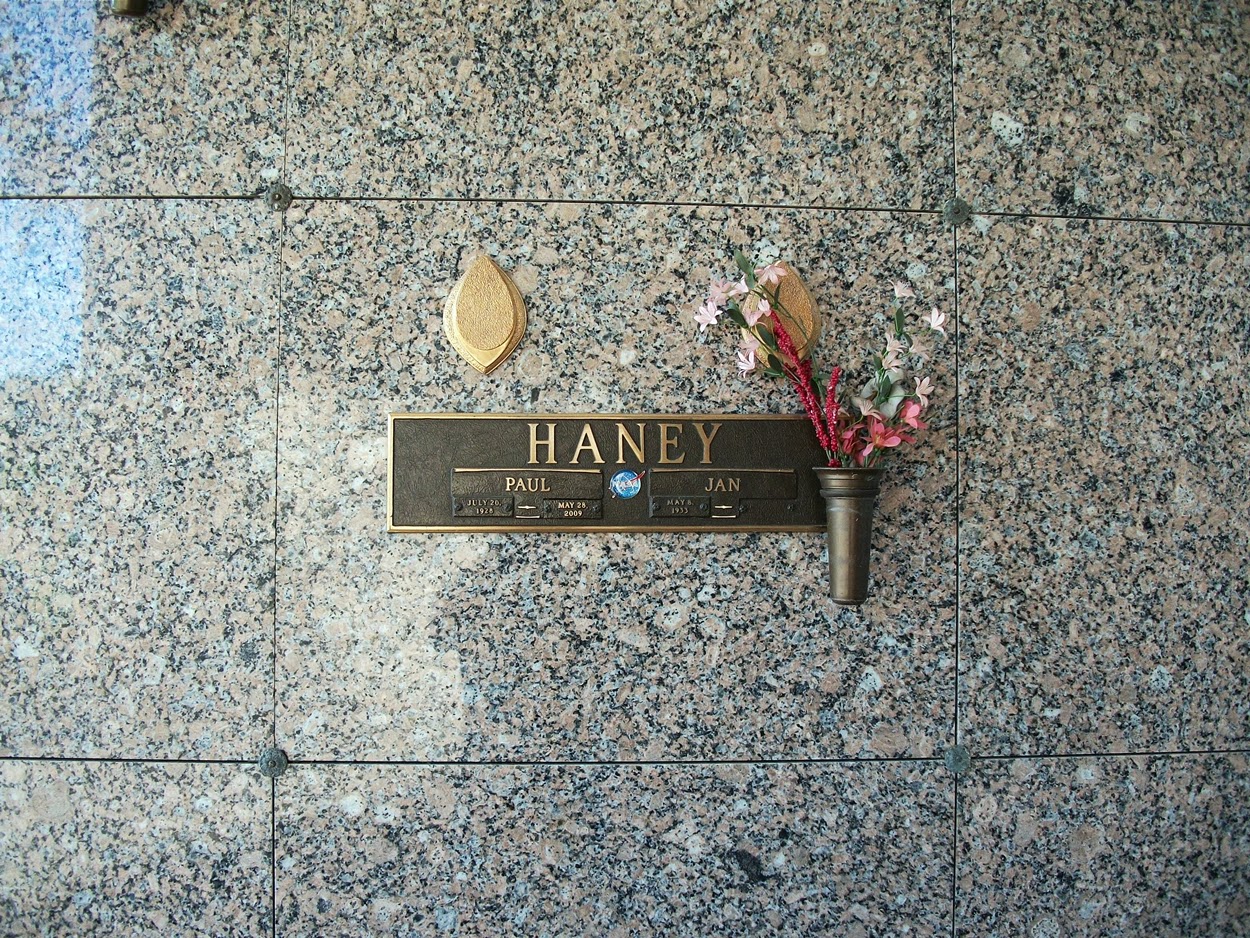 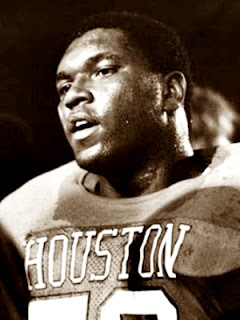 Wilson Whitley was a consensus All-American defensive tackle at the University of Houston from 1972-1976 under defensive coordinator Don Todd. He led the Cougars to the Southwest Conference championship in football during Houston's first season as a conference member and won the 1976 Lombardi Award as the nation's top lineman. Former President Gerald Ford presented him the award at a ceremony in Houston. He was drafted in the first round by the Cincinnati Bengals and started alongside another Lombardi Award winner, Ross Browner, for six seasons (1977-1982) before being traded to the Houston Oilers for one season (1982). He was later named to the Southwest Conference "All Decade Team" for the 70's. Whitley died on October 27, 1992 in Marietta, Georgia, at the age of thirty-seven due to a heart condition. In 1988, he was inducted into University of Houston's Hall of Honor and was a perennial candidate for the National College Football Hall of Fame until his selection in 2007.


Note: The year of death on his stone is incorrect. 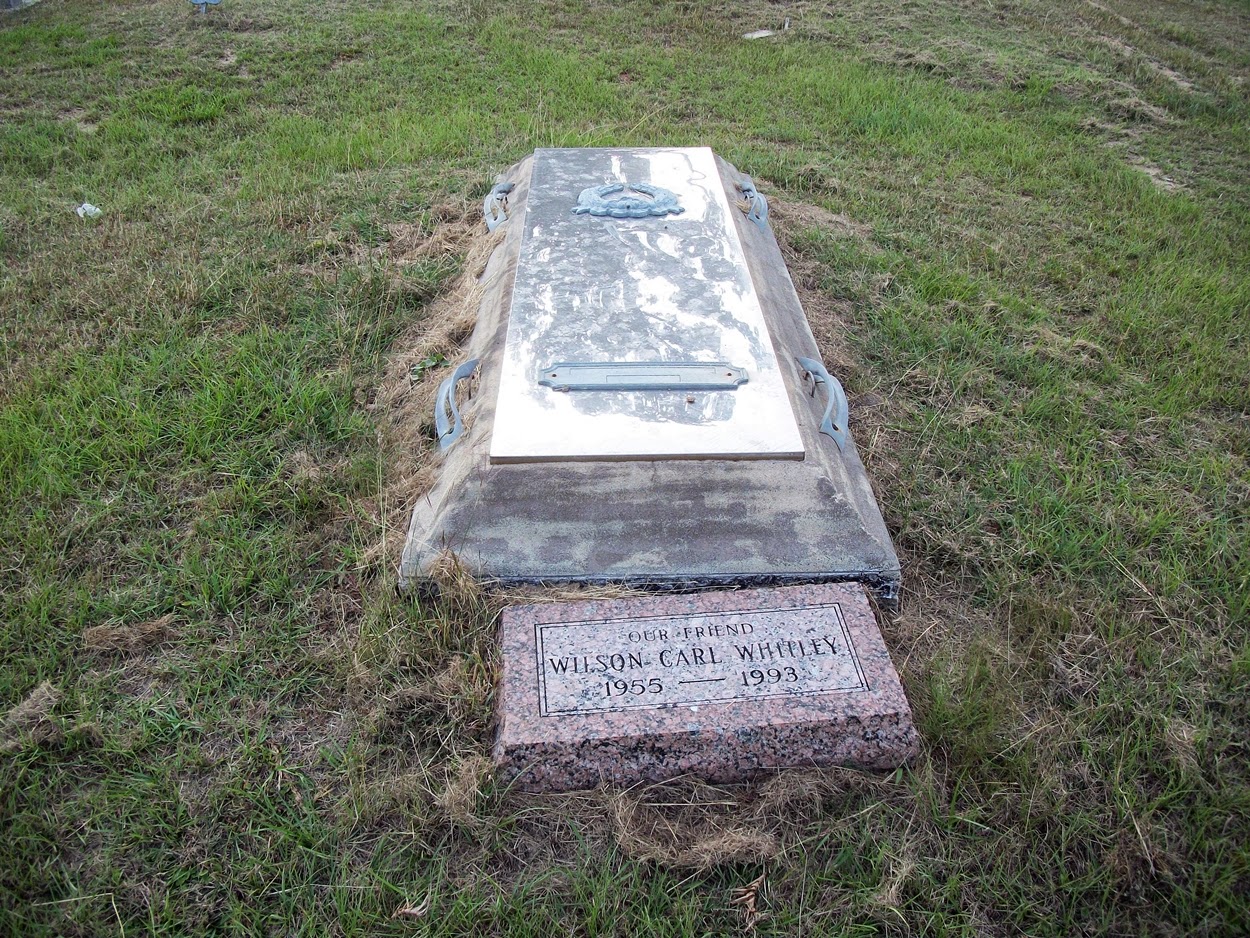 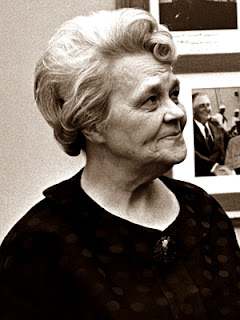 Born Lera Millard on August 3, 1900 in Nacogdoches, Texas, she attended Brenau College in Gainesville, Georgia, and the University of Alabama. She married Albert Thomas in 1922 and would have two daughters, Ann and Lera. When Albert Thomas was elected to Congress in 1936, they moved to Washington, DC where they stayed for the rest of his life. On February 15, 1966, her husband died and a special election was called on March 26, 1966 to elect another Representative. Lera Millard Thomas was the first woman elected to Congress from the State of Texas, when she was elected as a Democrat in the special election to succeed her deceased husband. She received over 74% of the vote against Republican Louis Leman who urged voters to vote for the widow Thomas. She served on the Merchant Marine and Fisheries Committee where she supported funds to expand the Houston Ship Channel. Because he died after filing for office in 1966, Albert Thomas's name remained on the Democratic Primary ballot for the 8th District and his widow determined that she would not seek a full term for 1967. State Representative Bob Eckhardt won the primary for a full term. After serving the remainder of her husband's term, Thomas left Congress on January 3, 1967 and served as special liaison for the Houston Chronicle to members of the armed services in Vietnam. When she returned from Vietnam, Thomas founded Millard's Crossing Historic Village in Nacogdoches. She resided in Nacogdoches until her death there on July 23, 1993 and was interred in Oak Grove Cemetery. 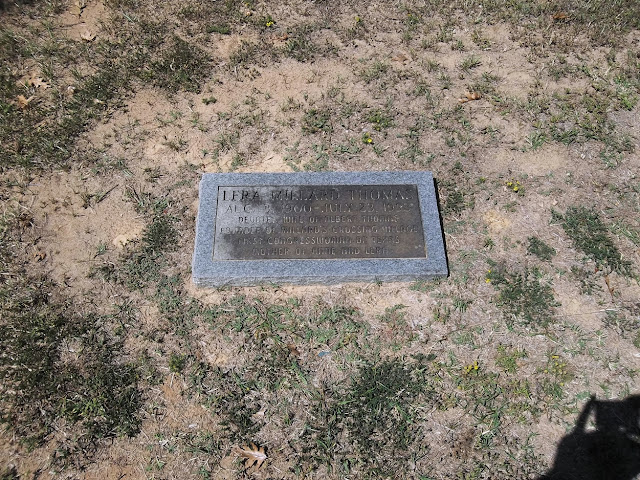 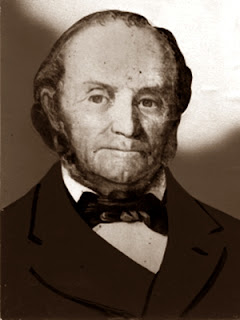 Abner Smith Lipscomb, lawyer, justice, and secretary of state during the Mirabeau B. Lamar administration, the son of Joel and Elizabeth (Chiles) Lipscomb, was born on February 10, 1789, in Abbeville District, South Carolina. He studied law in the office of John C. Calhoun, was admitted to the bar in 1810, and began practice at St. Stephens, Alabama. In 1819 he was appointed a circuit judge of Alabama and from 1823 to 1835 was chief justice of the Alabama Supreme Court. He was a member of the Alabama legislature in 1838. In 1839 he moved to Texas and established a law practice. He was secretary of state under Lamar from January 31 to December 13, 1840. Lipscomb was a member of the Convention of 1845 and served that year on the select committee that drew up a report on the General Land Office. He was appointed an associate justice of the Texas Supreme Court in 1846 by Governor James Pinckney Henderson and was elected to the same position in 1851 and 1856. Lipscomb married Elizabeth Gains in 1813. She died in 1841, and he married Mary P. Bullock of Austin in 1843. Lipscomb died in Austin on December 8, 1856, and was buried in the State Cemetery. Lipscomb County, established in 1876, was named in his honor. Source 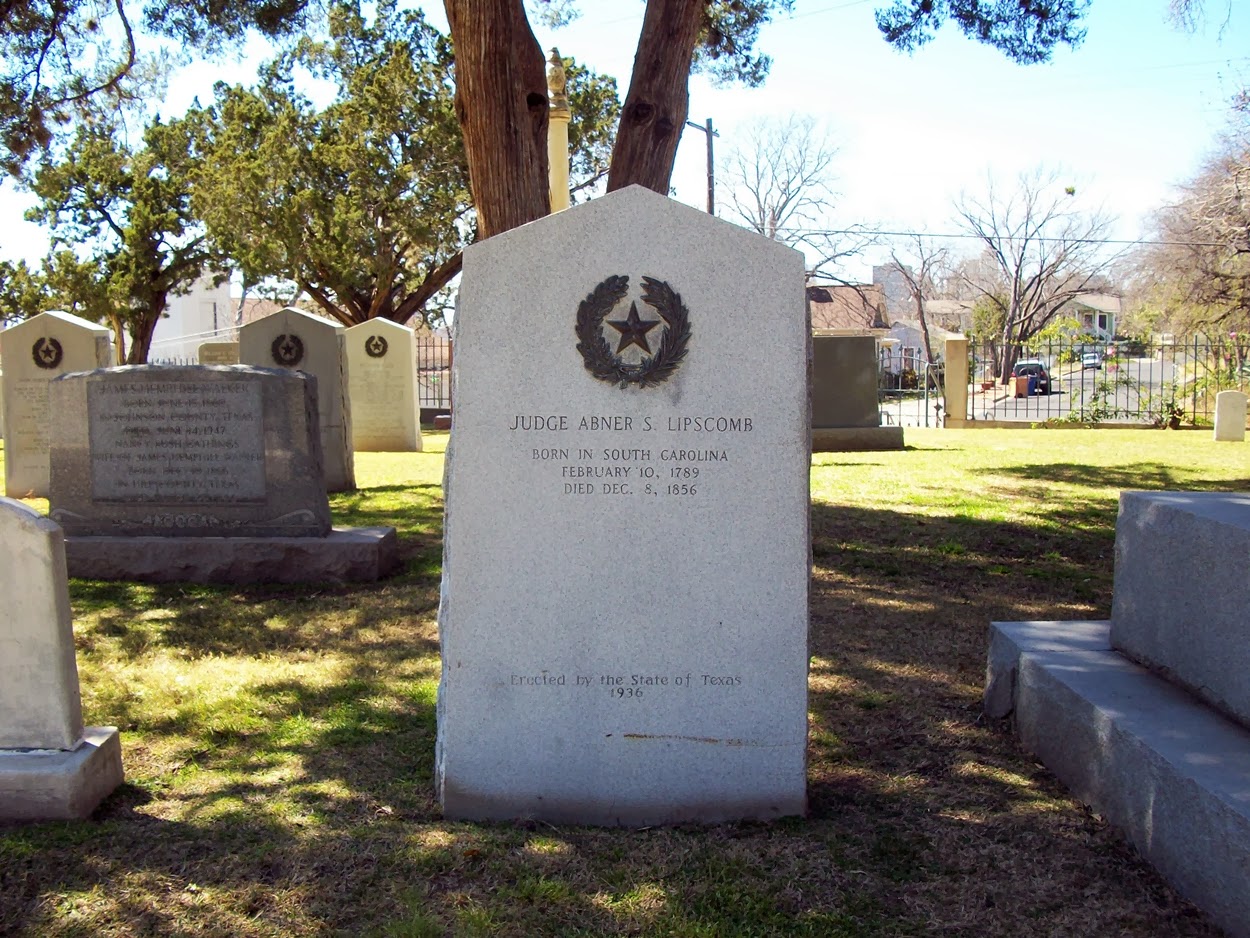