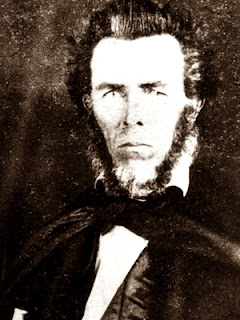 Jesse Billingsley, San Jacinto soldier, ranger, and legislator, was born on October 10, 1810, in Rutherford County, Tennessee, the son of Jeptha and Miriam (Randolph) Billingsley. In 1834 he moved to Mina, Texas. On November 17, 1835, he joined Capt. Robert M. Coleman's company of Mina Volunteers - forty-nine Bastrop County men, including George B. Erath. Billingsley served until December 17. When this unit mustered into Sam Houston's army at the beginning of the Texas Revolution, it was designated Company B of Col. Edward Burleson's First Regiment, and on March 1, 1836, Billingsley was elected its captain. He commanded the company at the battle of San Jacinto, where he received a wound that crippled his left hand for life. The company disbanded at Mina on June 1. Billingsley thereafter served as a private in John C. Hunt's ranger company, from July 1 through October 1, 1836. He was elected from Bastrop County to the House of Representatives of the First Congress of the Republic of Texas and is said to have "furnished his own grub, slept on his own blanket, and wor[n] a buckskin suit that he took from a Comanche Indian whom he killed in battle". Billingsley was reelected to the House of the Second Congress in 1837. In February 1839 he commanded a company of volunteers under Edward Burleson that pursued and engaged the band of Comanche raiders who had killed the widow of Robert Coleman and their son Albert and kidnapped their five-year-old son, Thomas. In 1842 Billingsley recruited volunteers to aid in the repulse of the invasion of Adrián Woll and fought with John C. Hays at the battle of Salado Creek. After annexation he served as a senator in the Fifth (1853-54) and Eighth (1859-61) legislatures. Billingsley died on October 1, 1880, and was buried in the front yard of his house near McDade. On September 3, 1929, he was reinterred in the State Cemetery at Austin. Source 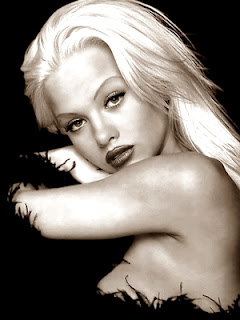 Melinda Dee Jones was born June 17, 1975, and grew up in Silsbee, Texas. After graduating from Silsbee High School in 1994, she turned to modeling and appeared in mainstream periodicals like Vanity Fair before moving on to adult magazines like Playboy, Hustler, and Swank. Penthouse named her their Pet of the Month in April 1998, and in 2001 she crossed over into adult movies, adopting the stage name Chloe Jones. After some plastic surgery to emphasize her figure, she was signed to an exclusive short-term contract with the adult film company New Sensations. Two years later, she signed another exclusive contract, this time with porn giant Vivid Entertainment. She was wildly popular with her audience, on par with Jenna Jameson and Janine Lindemulder, the two biggest female stars at the time. Despite her enormous fan base, she only performed in eighteen films over three years; she retired from the adult industry in 2004, after her final film, Where the Boys Aren't 17, wrapped production. She began working as an escort in Hollywood and claimed in a March 2005 National Enquirer interview that the actor Charlie Sheen was among her clients and had paid her $15,000 for her services. Sheen, through his agent, disputed this, stating that he had not seen her since 1996; she responded by claiming he was trying to have her killed to keep his television contract intact. A month after the interview, two weeks before her 30th birthday, Jones died of liver failure from years of abusing Vicodin and other prescription drugs, leaving behind a husband and two children. 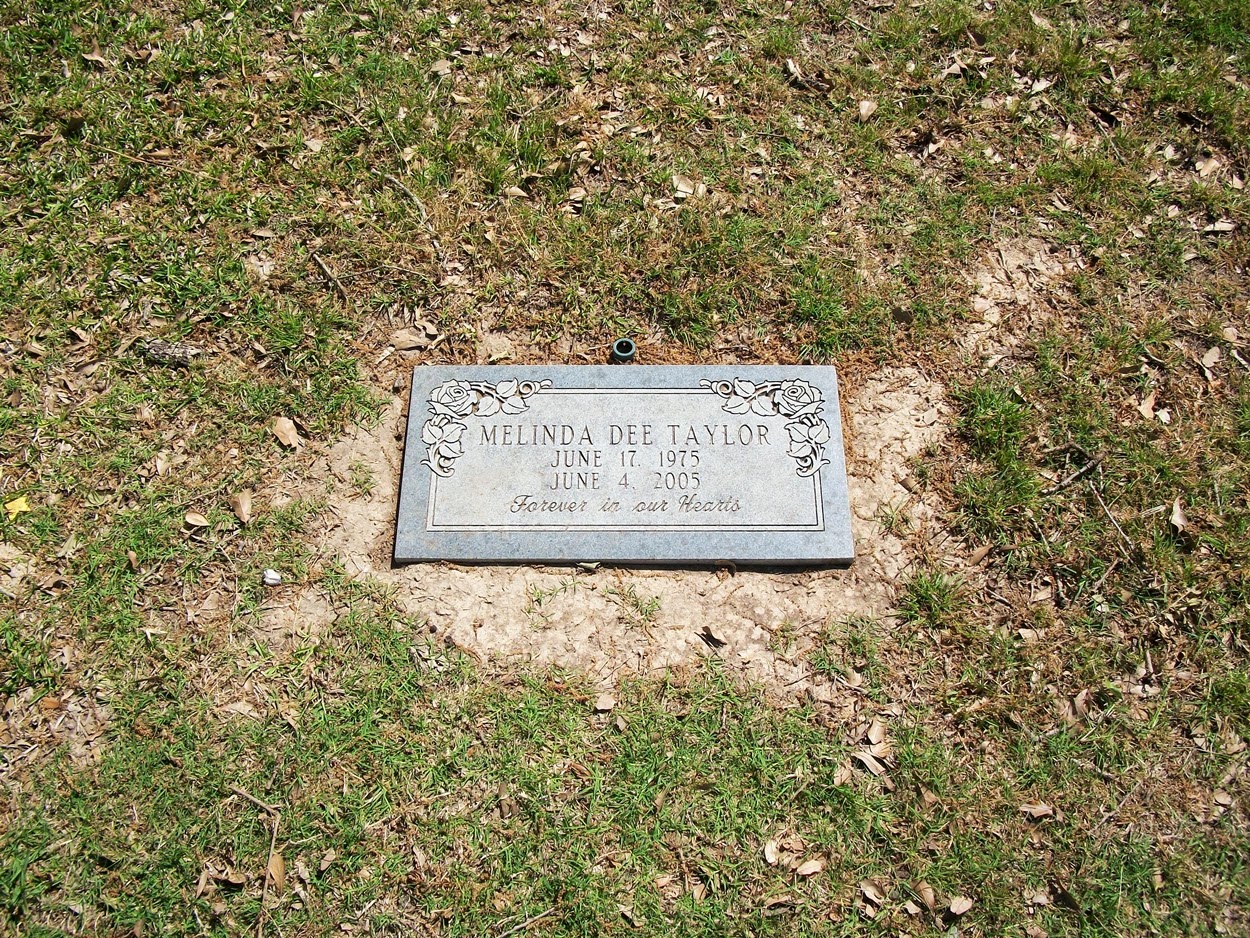 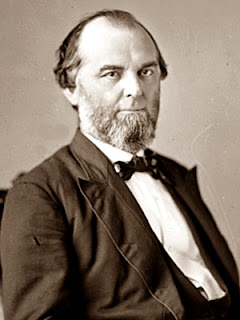 Asa Hoxie Willie, jurist and soldier, was born in Washington, Wilkes County, Georgia, on October 11, 1829, the son of James and Caroline E. (Hoxie) Willie. He attended private schools near Washington and taught at Powelton, Georgia, for a time before he moved to Texas in February 1846 at the age of sixteen. He lived for a while in Independence with his maternal uncle, Asa Hoxey, but in 1847 he began the study of law at Brenham in the office of his older brother, James Willie. He was admitted to the bar in 1849, and from 1852 until 1854 he was district attorney for the Third Judicial District. In 1857 James Willie became attorney general and was commissioned to index the state's criminal codes. Asa Hoxie Willie moved to Austin to assist him and for a year took on the greater part of the duties of the attorney general. In 1858 Asa Willie moved to Marshall where he established a partnership with Alexander Pope. He married Bettie Johnson of Bolivar, Tennessee, on October 20, 1859, in Marshall. The couple had ten children, five of whom lived to maturity. With the outbreak of the Civil War Willie joined the Confederate army and was commissioned a major in the Seventh Texas Infantry on the staff of Col. John Gregg. He was captured with the rest of his command at Fort Donelson in February 1862 and was confined for nine months at Camp Douglas, Illinois. The regiment was exchanged in time to take part in the battle of Chickamauga, Tennessee, in September 1863 and the remainder of the battles of the Army of Tennessee. After the war Willie returned to Brenham, where he was elected associate justice of the Texas Supreme Court but was removed from office the following year by the military government of Gen. Charles Griffin as an "impediment to Reconstruction." In 1866 Willie moved to Galveston, where in 1871 he formed a legal partnership with Charles Cleveland. In 1873 he was elected to the House of Representatives of the Forty-third United States Congress, serving until 1875. Willie chose not to run for reelection and returned to Galveston, where he was elected city attorney in 1875 and 1876. In 1882 he was elected chief justice of the Texas Supreme Court by the largest majority of any candidate in state history and served until his retirement on March 3, 1888. Willie died of heart failure in Galveston on March 16, 1899. Source 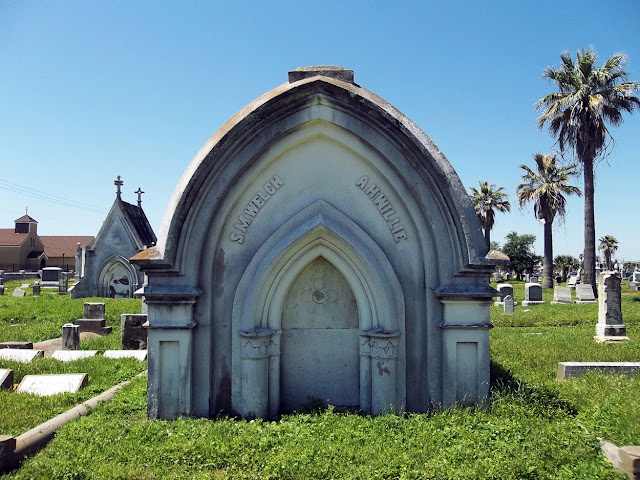 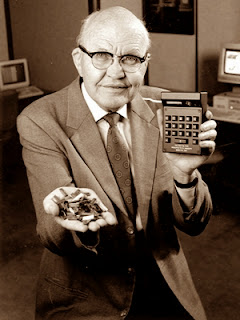 Jack Kilby was born November 8, 1923 in Jefferson City, Missouri, grew up and attended school in Great Bend, Kansas, where he graduated from Great Bend High School. He received his bachelor of science degree from the University of Illinois at Urbana-Champaign, where he was an honorary member of Acacia Fraternity. In 1947, he received a degree in Electrical Engineering. He obtained his master of science in Electrical Engineering from the University of Wisconsin-Extension in Milwaukee  in 1950, while simultaneously working at Centralab in Milwaukee. In mid-1958, as a newly employed engineer at Texas Instruments, Kilby did not yet have the right to vacation time, so he spent the summer working on the problem in circuit design that was commonly called the "tyranny of numbers" and finally came to the conclusion that manufacturing the circuit components en masse in a single piece of semiconductor material could provide a solution. On September 12 he presented his findings to management: a piece of germanium with an oscilloscope attached; he pressed a switch, and the oscilloscope showed a continuous sine wave, proving that his integrated circuit worked and thus that he had solved the problem. U.S. Patent 3,138,743 for "Miniaturized Electronic Circuits", the first integrated circuit, was filed on February 6, 1959. Along with Robert Noyce (who independently made a similar circuit a few months later), Kilby is generally credited as co-inventor of the integrated circuit.

Kilby went on to pioneer military, industrial, and commercial applications of microchip technology. He headed teams that built both the first military system and the first computer incorporating integrated circuits and later co-invented both the hand-held calculator and the thermal printer that was used in portable data terminals. In 1970, he took a leave of absence from TI to work as an independent inventor. He explored, among other subjects, the use of silicon technology for generating electrical power from sunlight. From 1978 to 1984 he held the position of Distinguished Professor of Electrical Engineering at Texas A&M University. In 1983, he retired from Texas Instruments. He is also the recipient of the nation’s most prestigious honors in science and engineering: the National Medal of Science in 1969 and the National Medal of Technology in 1990. In 1982, he was inducted into the National Inventors Hall of Fame. In 2000, Kilby was awarded the Nobel Prize in Physics for his breakthrough discovery. He died of cancer on June 20, 2005 at the age of 81. 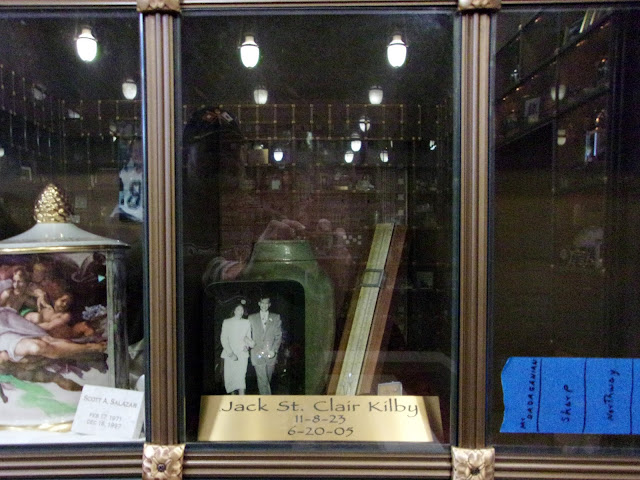