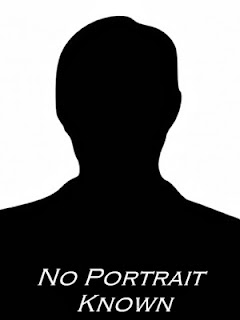 James W. Jones was born in Columbia County, Georgia, on January 13, 1797, the son of Thomas and Sarah Jones. He and his brother, Randal Jones, were among the first of Stephen F. Austin's Old Three Hundred colonists. By January 1822 they were in what is now Washington County. In July 1822 the brothers found Jane Long on the San Jacinto River and took her to San Antonio. On August 10, 1824, James Jones received title to a league and a labor of land in what are now Fort Bend and Wharton counties; he settled in Fort Bend County near Henry Jones. James Jones's wife, Hetty (Styles), was a sister of Mrs. Henry Jones. In 1826 James Jones was aged between twenty-five and forty. Ammon Underwood visited the James Jones plantation in January 1835. Jones served in the Texas Army under Capt. Wyly Martin from March 7 to June 7, 1836. In 1840 Jones was on a committee to check fraudulent land claims in Fort Bend County. He was living at Richmond in December 1845; he died at Prairie Lea on September 29, 1847. Source 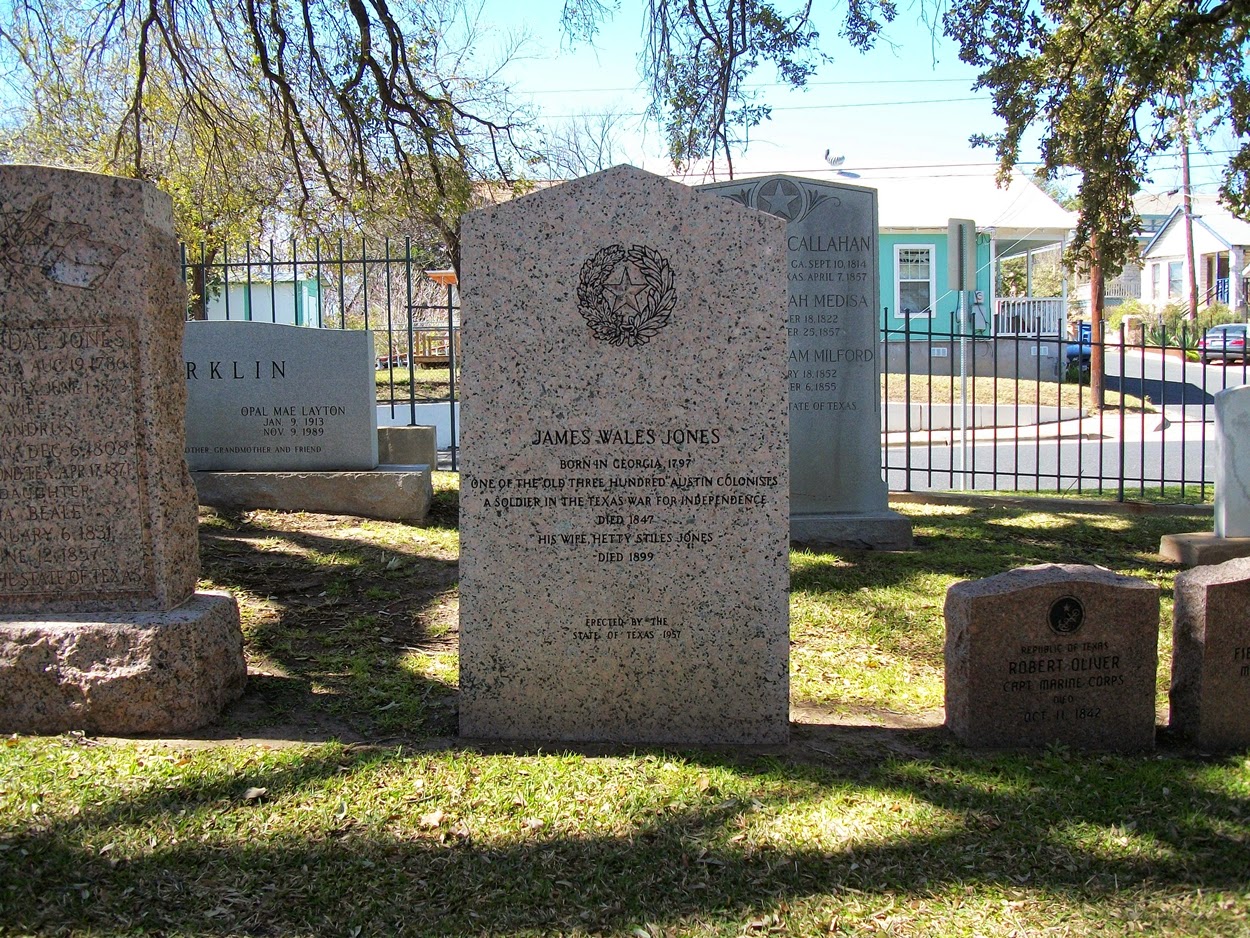 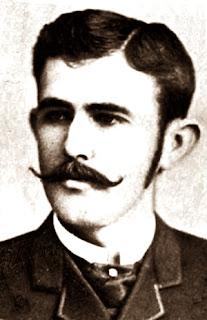 John Matthew Moore, "Jaybird," United States congressman, and cattleman, the son of Dr. Matthew A. and Henrietta (Huddlestone) Moore, was born on November 18, 1862, in Richmond, Texas. After attending the Agricultural and Mechanical College of Texas (now Texas A&M University), he became bookkeeper and salesman for a Richmond business in 1879 and managed the family farm. In 1883 he married Lottie Dyer and became manager of her land and cattle interests; they had three sons and two daughters. From 1888 to 1892 Moore was the president of the Fort Bend County Jaybird Democratic Association. He served one term in the Texas Legislature in 1896 and in 1905 was elected to the United States Congress from the Eighth District. He served on the immigration and naturalization committee and worked to secure federal aid for Texas waterways, including the first appropriation for the Houston Ship Channel. He was a delegate to the Democratic national convention in 1900 and in 1916. After four terms in Congress, Moore did not seek reelection but retired in March 1913 and engaged in cattle raising on his Fort Bend County ranch until his death. Source 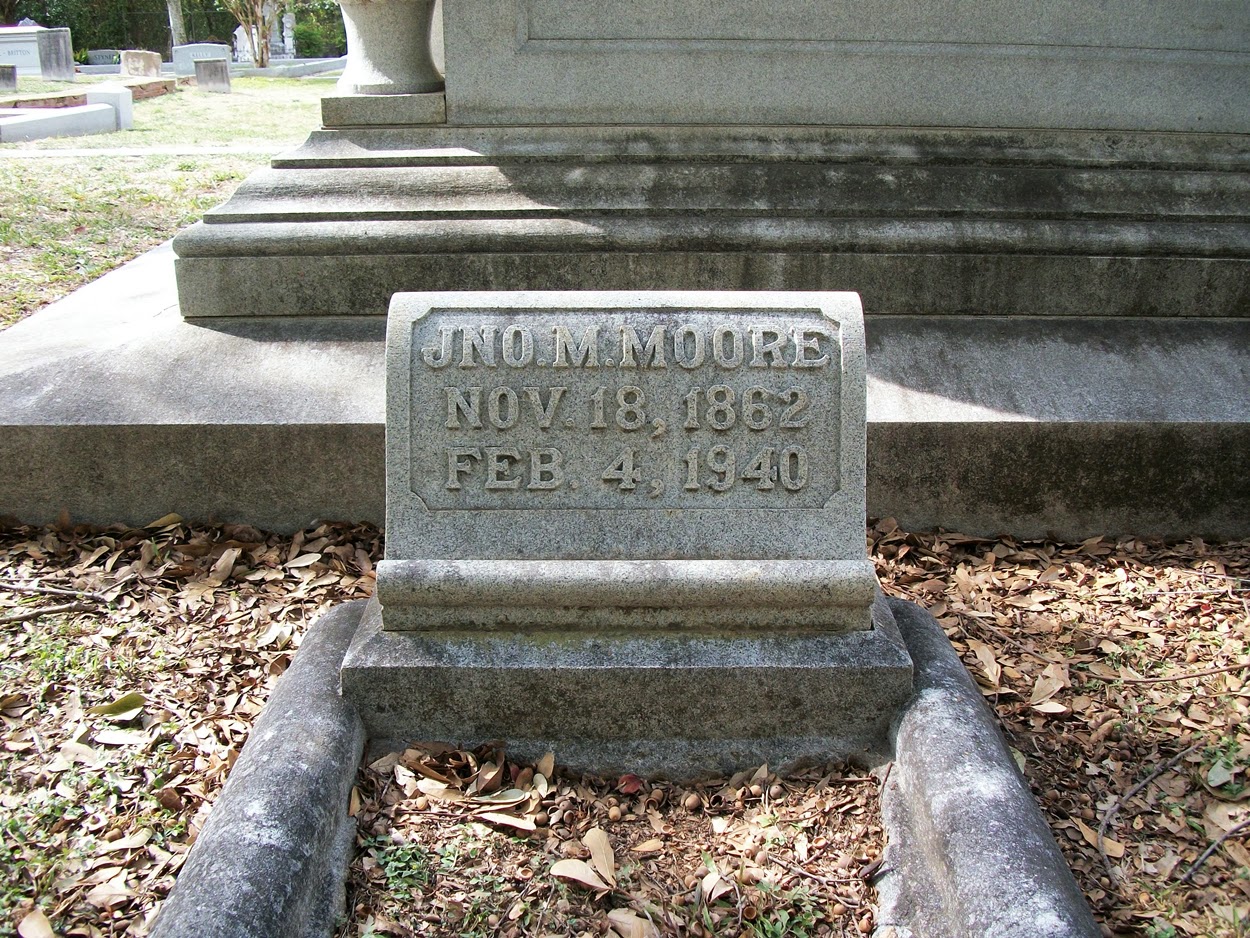 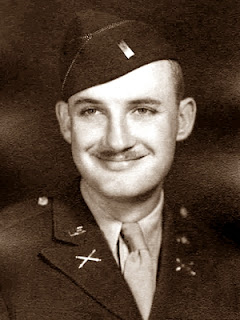 James Robinson, Medal of Honor recipient, was born in Toledo, Ohio, on July 10, 1918. He entered military service at Waco, Texas, and at the time of his death was assigned to the 861st Field Artillery Battalion, Sixty-third Infantry Division, United States Army. On April 6, 1945, Robinson was a field-artillery observer attached to Company A, 253rd Infantry, near Untergriesheim, Germany. After eight hours of fighting over open terrain, the company had lost its commanding officer and nearly all of its key enlisted men. With only twenty-three unwounded riflemen and carrying his heavy radio equipment, Lieutenant Robinson led his men through intense fire in a charge against the objective. He killed ten of the enemy with point-blank pistol and rifle fire and with his men swept the area of all resistance. Soon afterward he was ordered to seize the town of Kressbach. After encouraging each of his remaining nineteen men, he again led them forward. In the advance he was mortally wounded in the throat, but refused medical attention and continued to direct artillery fire. After the town was taken he walked nearly two miles to an aid station, where he died. By his intrepid leadership Robinson was directly responsible for the successful mission of Company A, against tremendous odds. He is buried at Fort Sam Houston National Cemetery at San Antonio. Source


CITATION
He was a field artillery forward observer attached to Company A, 253d Infantry, near Untergriesheim, Germany, on 6 April 1945. Eight hours of desperate fighting over open terrain swept by German machine gun, mortar, and small-arms fire had decimated Company A, robbing it of its commanding officer and most of its key enlisted personnel when 1st Lt. Robinson rallied the 23 remaining uninjured riflemen and a few walking wounded, and, while carrying his heavy radio for communication with American batteries, led them through intense fire in a charge against the objective. Ten German infantrymen in foxholes threatened to stop the assault, but the gallant leader killed them all at point-blank range with rifle and pistol fire and then pressed on with his men to sweep the area of all resistance. Soon afterward he was ordered to seize the defended town of Kressbach. He went to each of the 19 exhausted survivors with cheering words, instilling in them courage and fortitude, before leading the little band forward once more. In the advance he was seriously wounded in the throat by a shell fragment, but, despite great pain and loss of blood, he refused medical attention and continued the attack, directing supporting artillery fire even though he was mortally wounded. Only after the town had been taken and he could no longer speak did he leave the command he had inspired in victory and walk nearly 2 miles to an aid station where he died from his wound. By his intrepid leadership 1st Lt. Robinson was directly responsible for Company A's accomplishing its mission against tremendous odds. 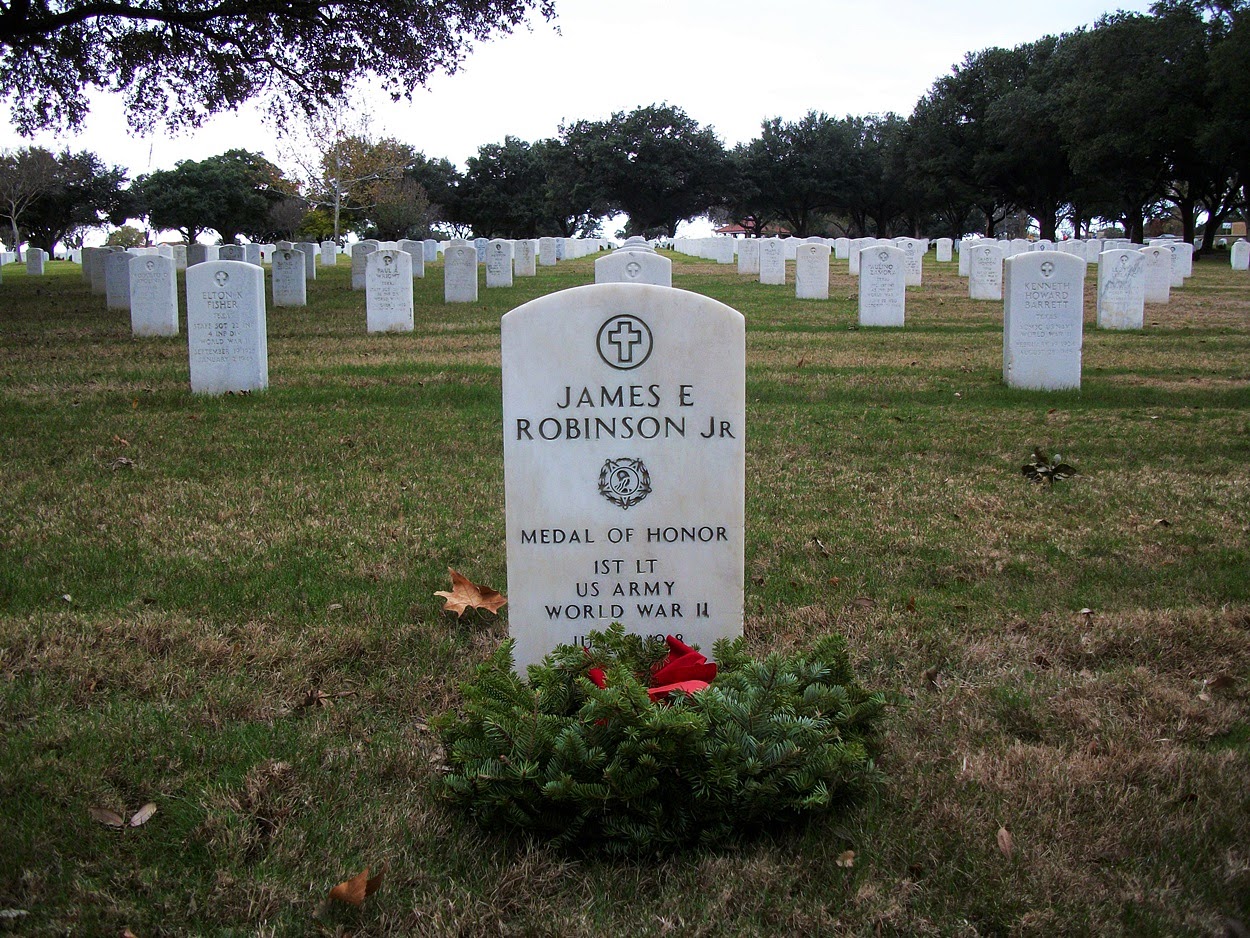 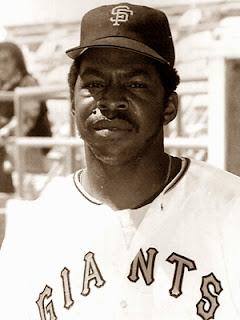 Jake Brown was born March 22, 1948 in Sumrall, Mississippi. He attended Southern University in Baton Rouge, Louisiana, and from 1967 to 1969 played on their Jaguars baseball team. He arrived in the major leagues relatively late at the age of twenty-seven, hired by the San Francisco Giants on May 17, 1975 as an outfielder. He only played until September 28th, his major league batting average reaching .279. Leaving the sport, he lived in Houston, Texas until he died on December 18, 1981 of leukemia. 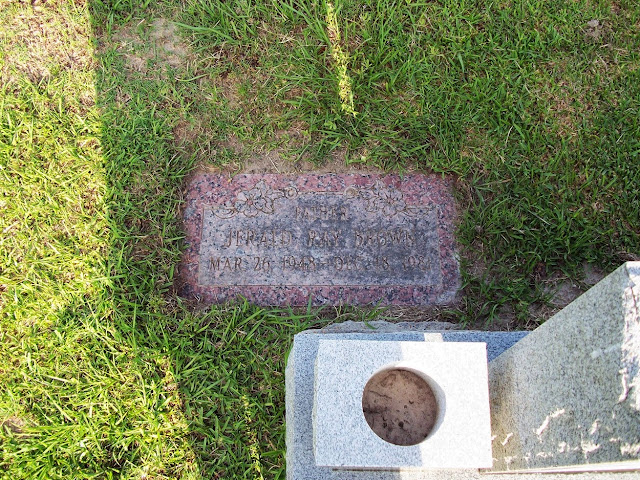 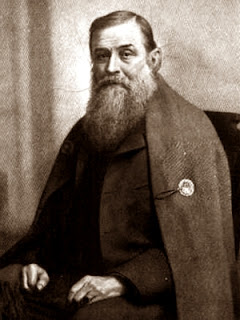 Gustav (Gustave, Gustavus) Schleicher, engineer, entrepreneur, and politician, son of a cabinetmaker, was born in Darmstadt, Hesse, on November 19, 1823. After completing secondary school there, he studied engineering and architecture at the University of Giessen and worked as a civil engineer assisting in railroad construction in Germany. He and Dr. Ferdinand L. Herff were among the leaders in a group of intellectuals who immigrated to Texas and founded a commune, named Bettina after the German literary figure and social visionary Bettina von Arnim, on the banks of the Llano River in 1847. The community was intended to prove the truth of communist ideals and light the way for relief of the troubles in Europe, which had led to sporadic attempts at revolution and were later to lead to the abortive revolt of 1848. Bettina had "friendship, freedom, equality" as its motto and "no regular scheme of government." Schleicher soon became disillusioned at this experiment in communism, however, for he learned that "the bigger the men, the more they talked, the less they worked and the more they ate," and by the time the settlement failed (within a year) he had made contacts with the other German settlers of the area. Schleicher operated a shingle mill he had started constructing shortly after his arrival at Huaco Springs, near New Braunfels, and began, as a surveyor, to help German settlers locate land and to acquire land himself. In 1850 he moved to San Antonio, where he and others initiated the Guadalupe Bridge Company to build a toll bridge across the Guadalupe between San Antonio and New Braunfels, as well as the San Antonio and Mexican Gulf Railway. Together with Gen. Joseph E. Johnston and others he began to build a railroad from Port Lavaca to San Antonio. He was also co-owner of a restaurant in San Antonio and a member of various social organizations such as the Texas State Sängerbund. He was a large man and loved to dance. He became an American citizen on December 8, 1852.

In 1853-54 he served in the House of Representatives of the Fifth Texas Legislature. Between 1854 and 1861 he was surveyor of the Bexar Land District, which included most of the area from San Antonio to El Paso, and during his tenure he acquired title to large tracts of land, primarily on the Edwards Plateau. Beginning in 1858, he and his brother-in-law, Heinrich Dresel, published the Texas Staats-Zeitung in San Antonio. Schleicher was a cofounder of the San Antonio Water Company in 1858 and of Alamo College in 1860. From 1859 to 1861 he served in the Senate of the Eighth Texas Legislature. Although Schleicher allied himself with Democrats such as Andrew J. Hamilton and with Sam Houston in supporting the Union before the Civil War, after secession his contemporaries could see in him "an emphatic advocate of the right and justice of the Secession movement." He became a captain in the Confederate Army, in charge of Gen. John B. Magruder's corps of engineers. He tried and failed to recruit a company of fellow Germans for Sibley's Brigade, and on several occasions he served, rather equivocally, as a character witness for German Texans on trial for sedition. After the war he practiced law in San Antonio, and in 1866 he was one of the incorporators of the Columbus, San Antonio and Rio Grande Railroad. He served as engineer for the construction of the Gulf, Western Texas and Pacific Railway from Indianola to Cuero, founded the latter town as a way station and moved to it soon afterward, in 1872. Though he did not solicit the nomination, in 1874 he was nominated by the Democratic party and elected to the United States House of Representatives from the Sixth District.

His first act as a congressman was installation of an elevator in the House, but he soon became known for his careful research and well-considered opinions on the reestablishment of the gold and silver standard and his support of protection for the Texas frontier with Mexico. He was a member of the committees on Indian Affairs and Railroads and Canals; in his second term he was also appointed to the Committee on Foreign Affairs. His activities in support of a stable currency gained him a challenger within his own party, John Ireland, and Schleicher had to wage a bitter campaign before being nominated and re-elected in 1878. He had not taken office again, however, when he died in Washington, D.C., on January 10, 1879. In 1887 Elisabet Ney sculpted a bust of Schleicher, which was accidentally destroyed at the Daughters of the Republic of Texas Museum in Austin sometime in the 1950s. Schleicher was a conservative, and indeed he maintained that the German immigrants as a group were typically conservative; he remarked with reference to his opposition to abolition that when a German emigrates he selects a new country where he is satisfied "with things as they exist." The social experiment of Bettina taught Schleicher that the "crazy doctrines of communism...would destroy the individual, intelligent, free and untrammeled production...and substitute a government, moving and directing everything, in which all individual life would be merged." He was apparently a genuinely popular figure in Washington. In 1856 he married Elizabeth Tinsley Howard; they had seven children. He was buried with great pomp and ceremony in the National Cemetery in San Antonio. Schleicher County in West Texas was subsequently named for him. Source 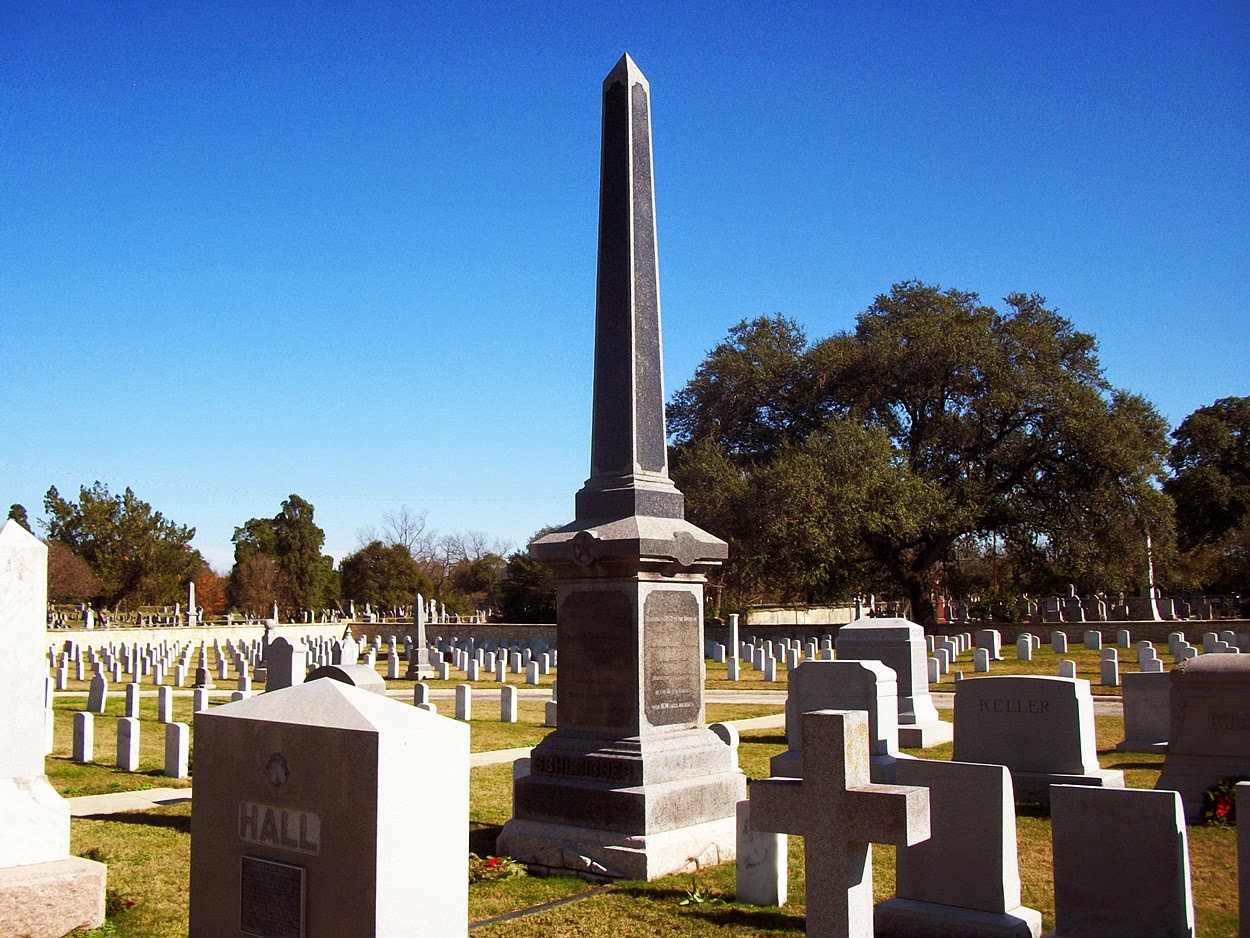