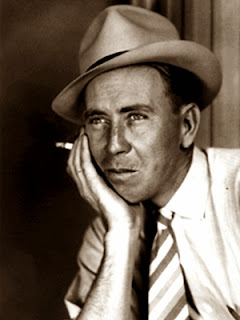 Frederick (Fred) Benjamin Gipson, author, was born on a farm near Mason, Texas, on February 7, 1908, the son of Beck and Emma Deishler Gipson. He graduated from Mason High School in 1926 and after working at a variety of farming and ranching jobs entered the University of Texas in 1933. There he wrote for the Daily Texan and the Ranger, but he left school before graduating to become a reporter for the Corpus Christi Caller-Times in 1937. A year later he worked for the San Angelo Standard-Times, then briefly for the Denver Post. Soon afterward he began to sell stories and articles to pulp Western magazines and to such slick magazines as Liberty and Look. By 1944 Gipson had published a story in the Southwest Review. Many of his short stories appearing in that journal in the 1940s were prototypes for the longer works of fiction that followed. His first full-length book, The Fabulous Empire: Colonel Zack Miller's Story (1946), was moderately successful (25,000 copies sold), but it was his Hound-Dog Man (1949) that established Gipson's reputation when it became a Book-of-the-Month Club selection and sold over 250,000 copies in its first year of publication. Many critics and general readers maintain that Hound-Dog Man was Gipson's best work, and it remains popular with a large audience. The Hill Country writer earned increasing attention for the rapid succession of books that followed: The Home Place (1950; later filmed as Return of the Texan); Big Bend: A Homesteader's Story (1952), with J. O. Langford; Cowhand: The Story of a Working Cowboy (1953); The Trail-Driving Rooster (1955); Recollection Creek (1955); Old Yeller (1956); and Savage Sam (1962). Source 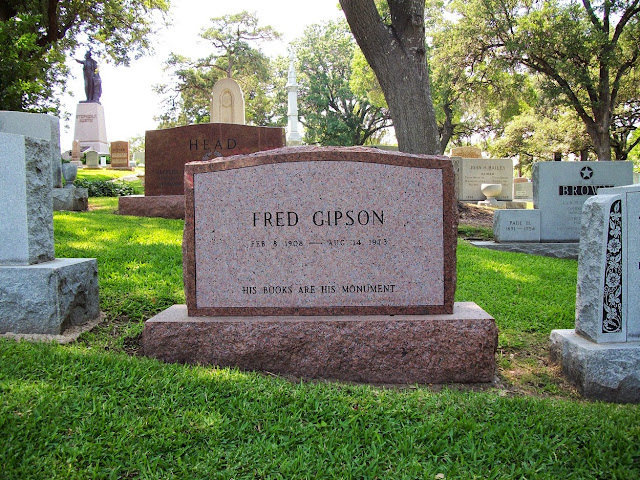 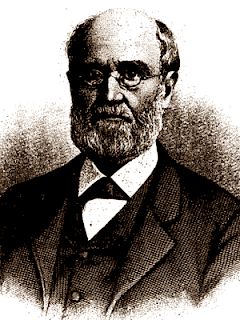 John Woods Harris, Texas legislator, attorney, and special counsel to the United States Supreme Court, was born in 1810 and reared in Nelson County, Virginia. He attended Washington College (later Washington and Lee University) for two years and in 1831 entered the University of Virginia, where he remained for five years and graduated in six departments, including law. In the fall of 1837 he came to Texas and settled near the mouth of the Brazos River in Brazoria County. By January 1, 1838, he was practicing law in partnership with John A. Wharton and Elisha M. Pease. After Wharton's death in 1839, Harris and Pease continued the partnership, and their firm, which continued until the election of Pease to the governorship in 1853, was one of the most noteworthy in Texas. When Harris became a member of the Texas bar, the republic comprised only four judicial districts. He and Pease divided the work of their office for the sake of greater efficiency and for their own convenience; Pease remained permanently at Brazoria, while Harris attended the courts of the six counties composing their district. In this way the firm was able to practice in all of the most important cases that came before the courts and before the Supreme Court of Texas as soon as it was organized in 1840.

In 1839 Harris was elected to represent Brazoria County in the House of Representatives of the Fourth Congress, where he introduced a bill providing for the abolition of the civil, or Mexican, law and the adoption of common law as the law of the land. The bill passed despite considerable opposition on the ground that common law was not sufficiently liberal in its provisions regarding the rights of married women. This feature was incorporated five years later in the Constitution of 1945. Harris was appointed the first Texas state attorney general by James Pinckney Henderson in 1846 and reappointed by George T. Wood, but he resigned on October 30, 1849. He was subsequently employed as a special counsel to represent the state's interests in the United States Supreme Court in matters involving land certificates issued by the Republic of Texas and suits or actions involving the constitutionality of the republic's revenue laws. In 1854 Governor Pease appointed him to a committee of three to revise the laws of the state. Although Harris was a staunch Democrat he disapproved of secession and regarded the Civil War as entirely unnecessary. Nevertheless, he was a strong supporter of the Confederate cause. After the Civil War he moved to Galveston and resumed his law practice in partnership with Marcus F. Mott and later with Branch T. Masterson. In 1874-75 Harris represented Matagorda, Galveston, and Brazoria counties in the Texas House of Representatives. He married Mrs. Annie Pleasants Dallam, the only daughter of Samuel Rhoads Fisher, in 1852 and later adopted her daughter. The couple had four children. Harris continued to practice law until his death, on April 1, 1887, at home in Galveston. Source 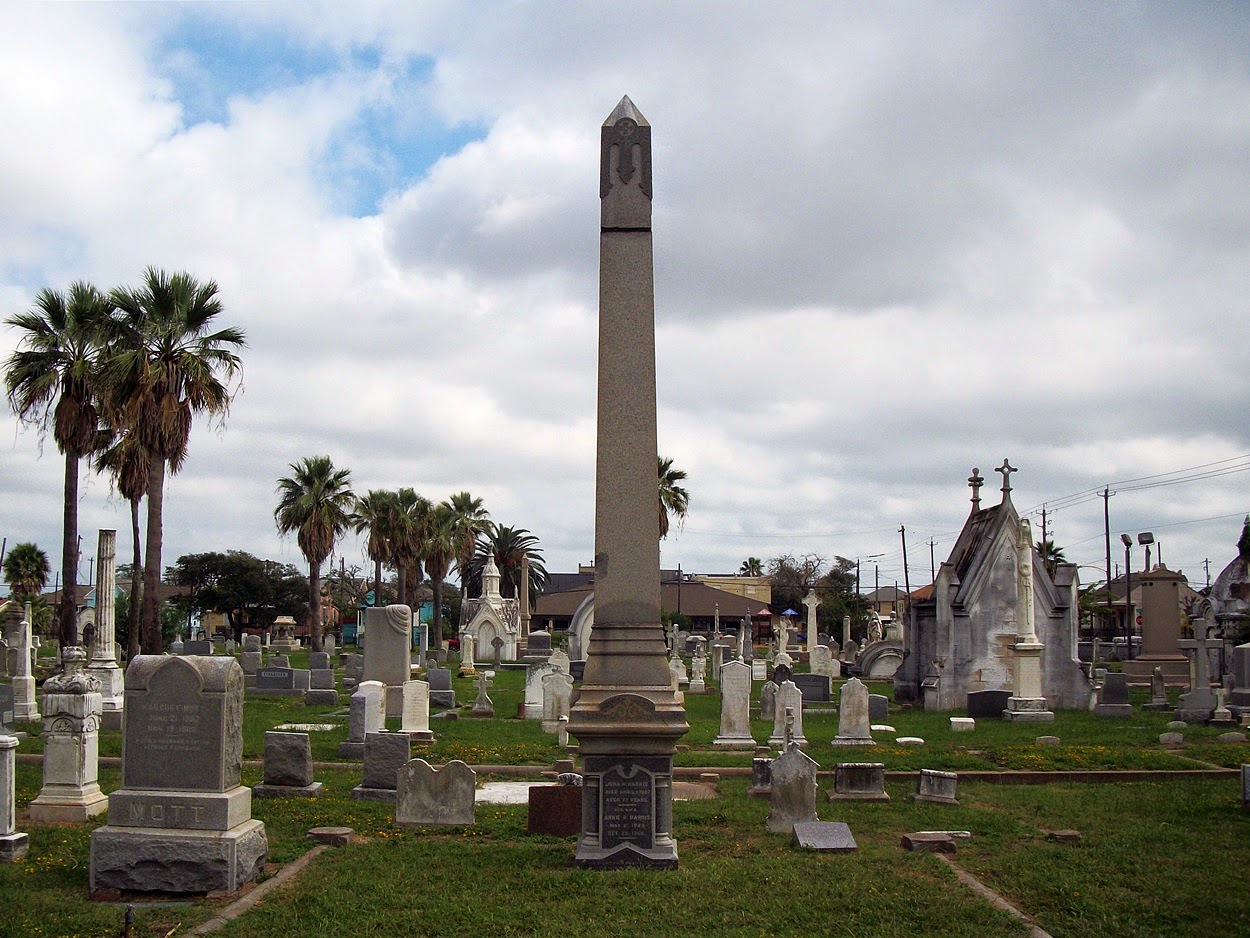 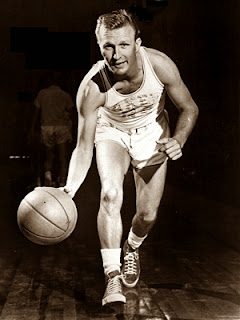 Slater Martin was an American professional basketball player and coach who was a playmaking guard for 11 seasons in the National Basketball Association (NBA). He was born in Elmina, Walker County, Texas and was an alumnus of Jefferson Davis High School in Houston, where he led his school to two state basketball championships in 1942 and 1943. He was also a graduate of University of Texas at Austin, where he set a scoring record in 1949 with 49 points in a game for the Longhorns against Texas Christian University. Throughout his career with the Longhorns, he averaged 12.7 points per game. Martin was one of the NBA's best defensive players in the 1950s, playing for the George Mikan-led Minneapolis Lakers that won four NBA championships between 1950 and 1954. In 1956, he joined Bob Pettit's St. Louis Hawks and won another NBA title in 1958. He would go on to play in seven NBA All-Star Games in his career. Martin was head coach of the Houston Mavericks of the American Basketball Association in the 1967-68 season and part of 1968-69, and led the Mavericks into the 1968 ABA Playoffs. He was inducted into the Naismith Memorial Basketball Hall of Fame on May 3, 1982 in Springfield, Massachusetts. His jersey number 15 was retired by the University of Texas on January 31, 2009, making him only the second Longhorn basketball player to have his number retired. He died of a brief undisclosed illness on October 18, 2012, in Houston, Texas, aged 86. 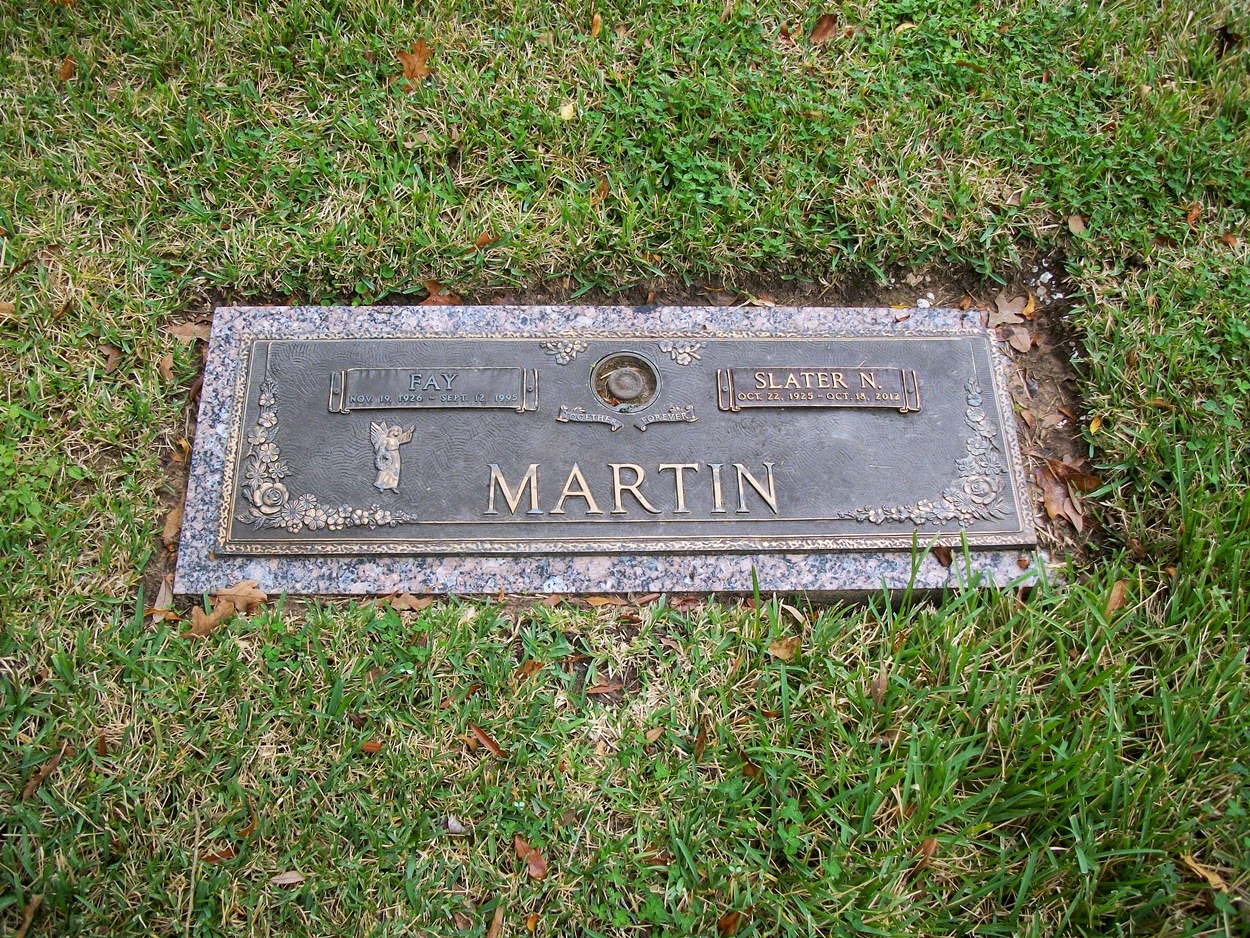 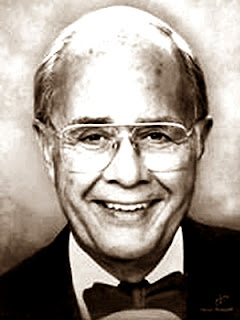 Raul Chavez, noted Hispanic veteran, actor, scouter, television and advertising pioneer, was born in Chihuahua, Mexico, on February 14, 1926, the eldest son of Raul Chavez del Avellano and María Royval. He immigrated to the U.S. with his family to seek refuge from the turbulence that followed the Mexican Revolution. His family settled in Los Angeles, California, where Raul entered the parochial school system and graduated from J.H. Francis Polytechnic. With the outbreak of WWII, Raul joined the U.S. Navy, where he served as a flight engineer and turret aerial gunner on PBM5 flying boat patrol bombers. He participated in the Okinawa campaign, preparations for the invasion of the Japanese mainland and reconnaissance over-flights of Hiroshima and Nagasaki. At the conclusion of the war, Raul enrolled at the Pasadena Playhouse School of Theater in California, under the auspices of the GI Bill, to study acting, radio and TV production. While at the Playhouse, he appeared in the world premiere of Federico Garcia Lorca's Blood Wedding.

Among his credits in Hollywood were the 1948 pioneering TV drama, Space Patrol; the Lone Ranger; The Ruggles; But Not Goodbye; No Time for Comedy; Bird of Paradise and Beauty and the Beast. In 1951, he moved his young family to Mexico City to assist in the creation of Mexico's first TV broadcaster, XHTV Canal 4, and as the newscaster on XEB of the Noticiero General Motors and Paging the News on XEVIP. He was one of the first TV producers in Mexico with classic shows to his credit like the first live broadcasts of the Pan-American Races, the variety show El Estudio Raleigh with Pedro Vargas and the legendary classical music TV program El Concierto General Motors, broadcast live from El Palacio de Bellas Artes, featuring renowned artists such as Yehudi Menuhin, Giuseppe Di Stefano and Adolfo Odnoposoff. His film credits during this period include the dubbing of La Malquerida and The Magnificent Seven. He also starred in the bi-lingual TV series Famous Guests, alongside Pedro Armendariz and Dolores del Rio. In 1974, Raul returned to the US, settling in Dallas, and served as Director of Communications for the Boy Scouts of America at their national headquarters office in Irving, Texas until his retirement in 1989. Soon after retirement, he moved to Houston, reconnected with his acting career and was featured in commercials for many Dallas and Houston based corporations. In 1998, his voice was featured for all of the characters (except the burro) in The Legend of the Christmas Flower, an animated film nominated for an Emmy. He passed away on November 25, 2012 in Houston, at the age of 86. 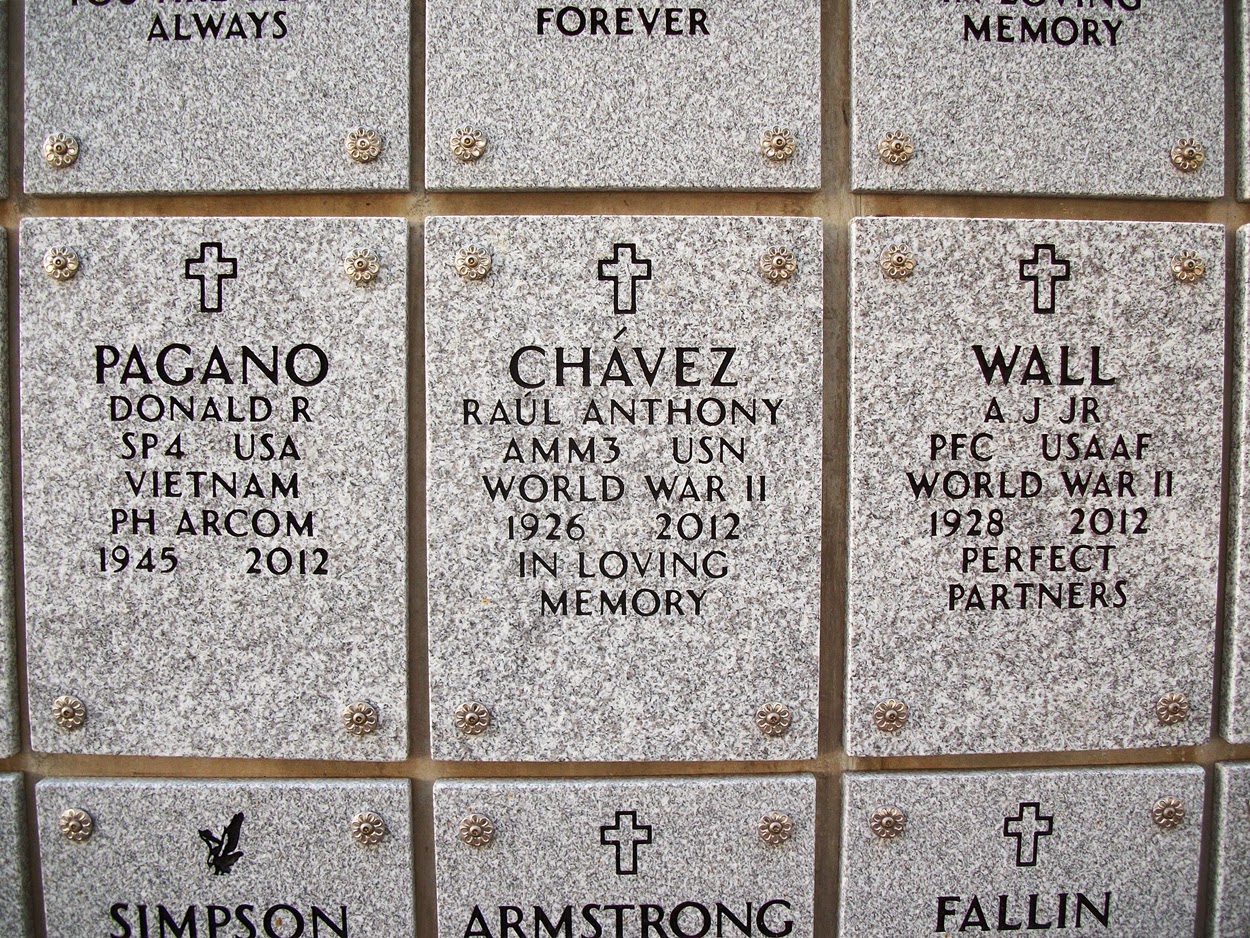